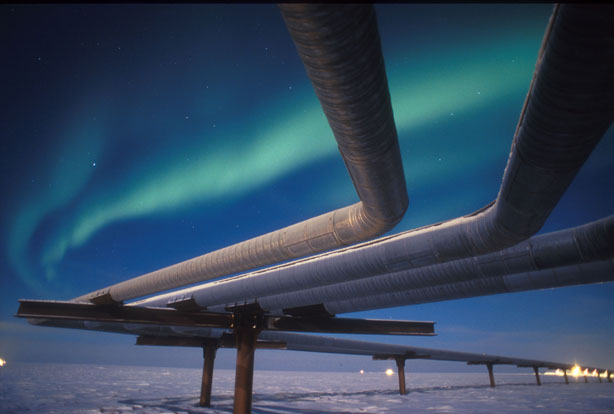 In the recent years, the world’s attention has turned to the Arctic, not least because of its vast energy resources. Due to the climate change and its significant impact to the Arctic environment resources that have long been unreachable are becoming feasible for exploitation. It is estimated that up to fifth of the world’s undiscovered petroleum resources are to be found in the Arctic while the Arctic’s share of the worlds known resources today is around 12%.

Russia is by far the most important gas producer in the Arctic. Almost all proven Arctic gas reserves are located in Northern Russia as well as 90% of the proven oil reserves. Together produce Northern Russia and Alaska 97% of the total Arctic oil and gas the Arctic’s total global share of production being around 16%. Furthermore, Russia is considered to contain by far the largest volume of the undiscovered petroleum reserves. Other significant regions where petroleum is to be found are Alaska and the Norwegian Sea, which will in future introduce new oil producing states within the Arctic, namely Greenland and Iceland.

The newly published  Arctic Energy Portal aims at providing a comprehensive information gateway to the Arctic energy projects, new developments and controversies concerning the resource exploitation. At present, the Portal will concentrate mostly on oil and gas, but as new projects and developments take place in renewable energy sector the Portal will broaden its scope of information and cover renewable sector as well.

To go to the Arctic Energy Portal, please click here