Fourteen polar bears in one town in Nunavut 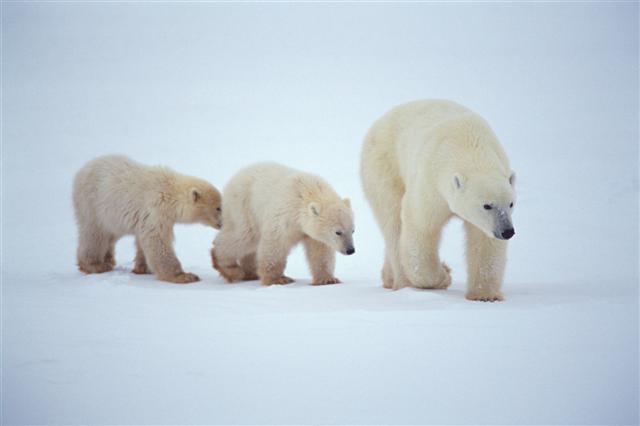 A total of 14 polar bears were seen last week in the small town of Igloolik, in Canada's eastern Arctic territory of Nunavut.

The town is now en route to make a long term plan because of the unusual high number of sightings of bears.

The town has met with the Hunters and Trappers Association, the Department of Environment and the Royal Canadian Mounted Police last week to coordinate their response. There is now a list of three experienced people on call to respond if a polar bear is spotted near town.

Regular patrols are also in effect in the town, by snowmobile, all-terrain vehicles and trucks.

"Early in the morning, right at lunch, when everybody's returning after lunch, and then when the kids are being let out after school – there's good coverage of people patrolling the community to make sure there's no bears," Conservation Officer Jimmy Kennedy said.

Of the 14 bears, four were killed and one shot and wounded.

Many communities in the Canadian Arctic have plans because of polar bears seeking in towns and Igloolik plans to seek help from towns in their planning.