A new record low before the ice increase 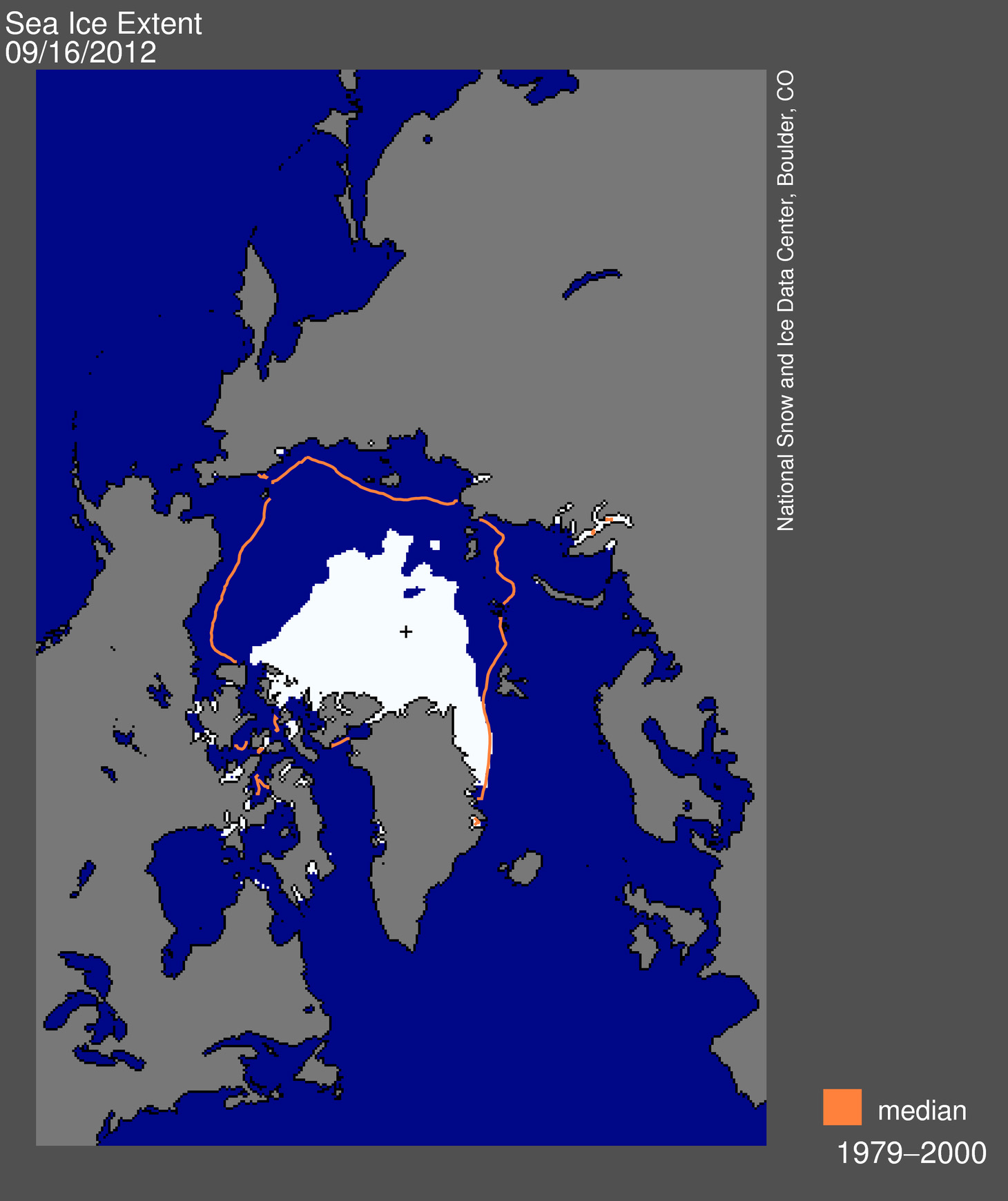 The summer sea ice is increasing again as winter looms but recorded its lowest ever extent since satellite measurements began in 1979. The ice on September 16th was significantly lower than the previous record year of 2007.

That means there less ice in the Arctic which would cover all of Norway, Denmark and Finland combined.

The National Snow and Ice Data Center reports that in response to the setting sun and falling temperatures, ice extent will now climb through autumn and winter. However, a shift in wind patterns or a period of late season melt could still push the ice extent lower. The minimum extent was reached three days later than the 1979 to 2000 average minimum date of September 13.