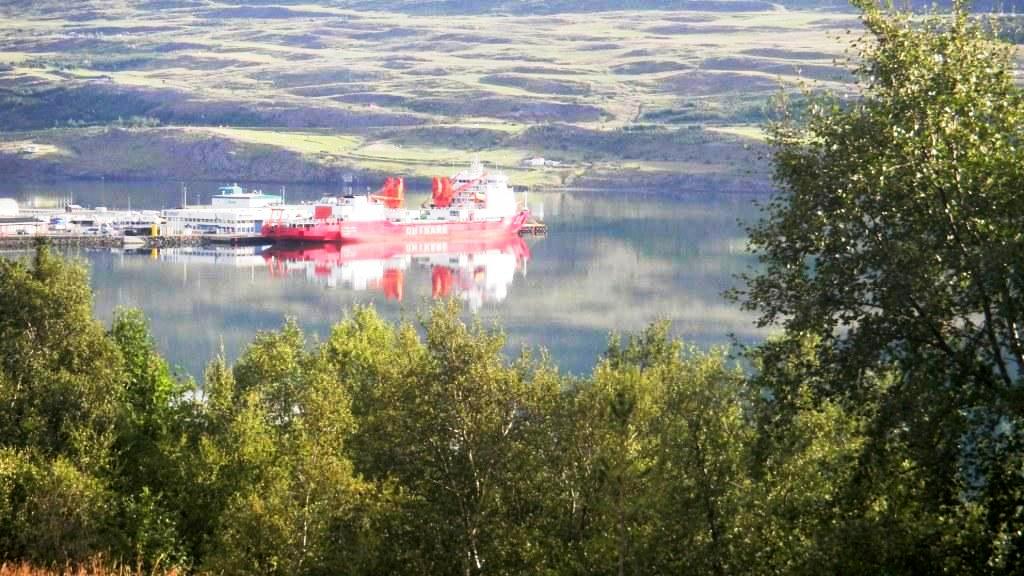 The Chinese research ice – breaker Xuelong, which left Akureyri in the northern part of Iceland, on Monday evening, is now on the way, to be the first non – Russian icebreaker to sail the transpolar route, straight across the top of the globe.

Last week, the Snow Dragon completed the Northern Sea Route, reaching Reykjavik, Iceland on Saturday the 17th of August and then after spending the day in Akureyri, started the journey back to Asia.

The scientists and the crew on board will try to prove that there is a future possibility of using Central Arctic Shipping Route for international navigation during the summer months.

Currently, the vessel is just about to reach the Barents Sea.

The M/V Xue Long is an A2-class ice-breaker with capability of breaking ice of 1.1 meters thickness. It was originally built as a cargo ship for Polar Regions by the Kherson Shipyard in Ukraine. After modifications in 1994 it became China's first research ice-breaker. The vessel belongs to the Chinese Arctic and Antarctic research expeditions (CHINARE).

The vessel is 167 meters long and 22.6 meters wide. It has a full-loaded draft of 9 meters, a full-loaded displacement of 21,250 tons and a cruising radius of 12,000 nautical miles. Two helicopters can be carried at the same time.