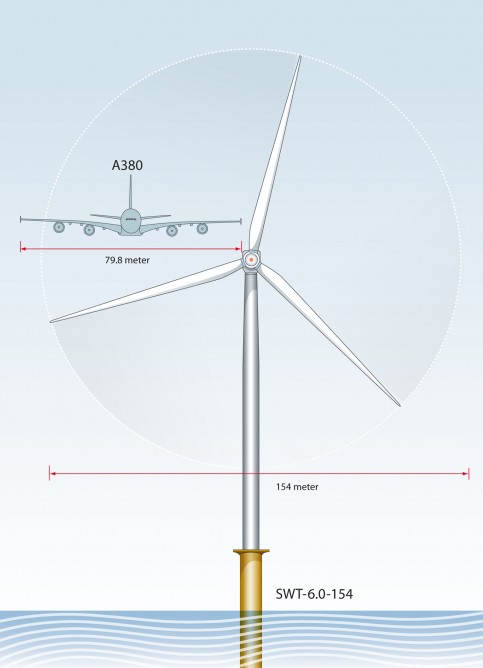 The world's largest wind turbine will soon be but to the test. Siemens is the manufacturer of the mega turbine, which has three 75 meter long rotor blades. Siemens will be manufacturing the 300 monster turbines, which have a 154-metre wingspan and a capacity of 6 megawatts.

The size is similar to the size of the enormous aircraft Airbus A380. The blades are made in a single component made from epoxy resin and balsa, reinforced with glass fiber, cast in one gigantic mold.

One such monster turbine can supply enough electricity to 1,150 households. In two years, Dong Energy will be building the first 300-strong giant turbine "monster mill park" off the coast of Britain.

Norway’s Ministry of Oil and Energy is open to placing the giant turbines in the Norwegian Sea as well. The wind power facility in British seas with the 300 giant windmills will be completed in 2017. It is estimated this will cost NOK 6.6 billion (about USD 1.1 billion), including installation.

Initially, three B75 blades will be put to use in a prototype 6-MW offshore turbine at Denmark's national test center at Østerild. The sweep of the completed turbine will cover 18,600 sq m (200,200 sq ft) and the tips of the blades will move at 290 km/h (180 mph) at full speed. 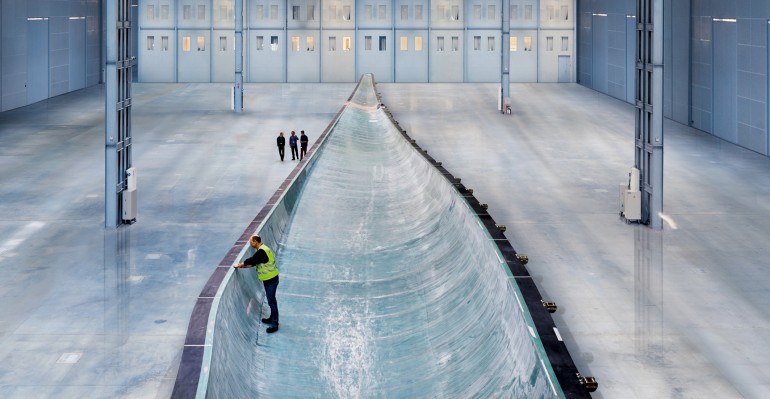 Siemens has already seen 6-MW turbines installed at the UK's Gunfleet Sands wind farm, albeit with 60-m (197-ft) blades. Thanks to a process Siemens has branded "QuantumBlade," it claims the B75s weigh four fifths of conventional blades.

"The weight reduction is achieved by using specially designed blade profiles that are also shaped in a way that delivers maximum rotor performance at a range of different wind speeds," the company says.