Gold and copper found in Finnmark 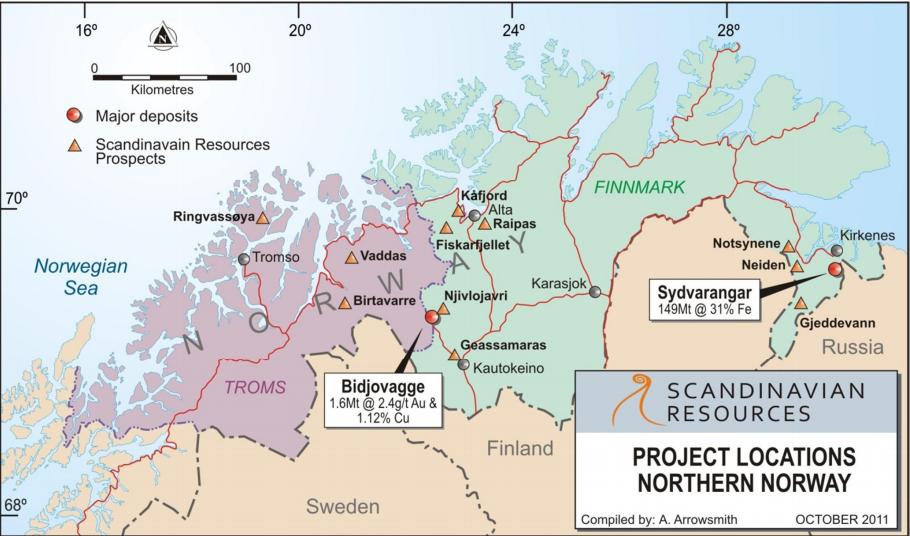 Scandinavian Resources have announced a major find of gold and copper in Finnmark, Norway.

The highlights of the findings revealed 32,1 % copper and 3,75 g/t of gold, according to BarentsObserver.

"The most important task now is to determine if an economic source to this surface mineralisation exists within our project area; that is what we will focus on next summer. This is a great start and whilst it's early days it's very exciting to be chasing such high grade precious and base metals occurrences, Exploration manager Amanda Arrowsmith told BarentsObserver.

Exploration in the surrounding areas will continue, as well as search for iron in Northern Sweden.