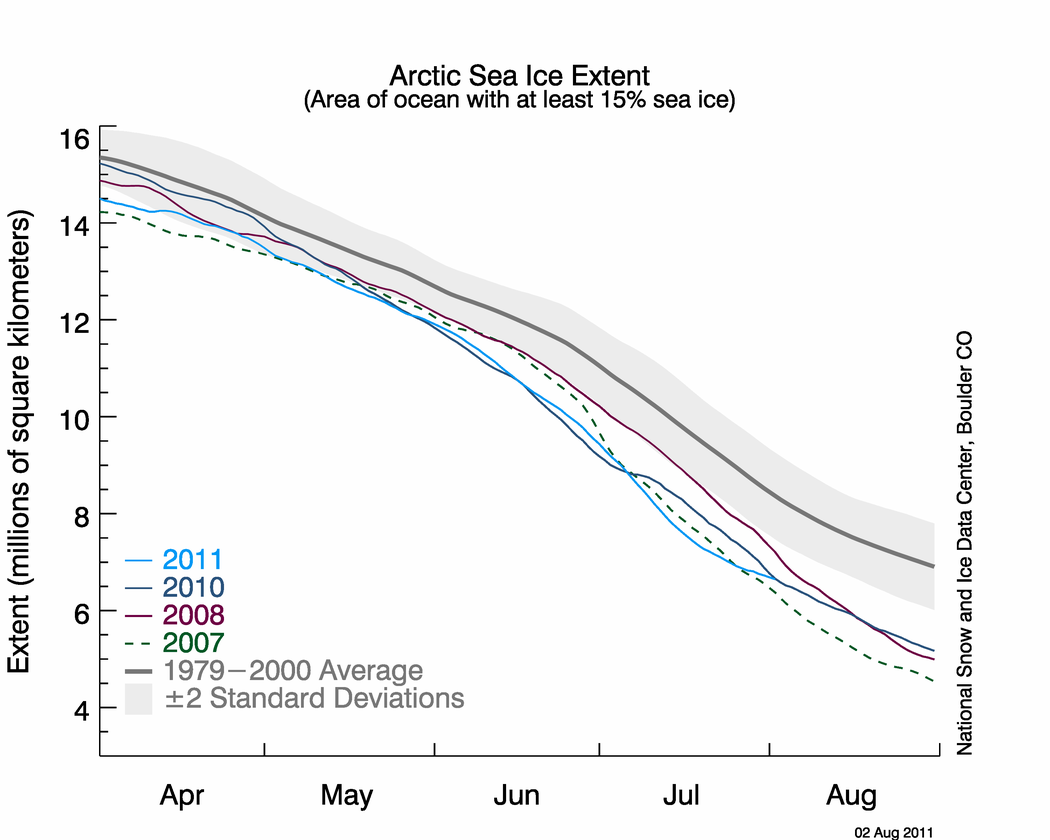 The NSIDC (the National Snow and Ice Data Center) has declined research from the University of Bremen, Germany, who declared earlier this summer that Arctic Sea Ice Level was at an all time low.

The 2007 measures are still the lowest levels as of today.

The NSIDC confirms this but states that todays measurments are likley to be the lowest of the year, the ice will begin to increase for the winter soon.

But the NSIDC also says that "while the University of Bremen and other data may show slightly different numbers, all of the data agree that Arctic sea ice is continuing its long-term decline."