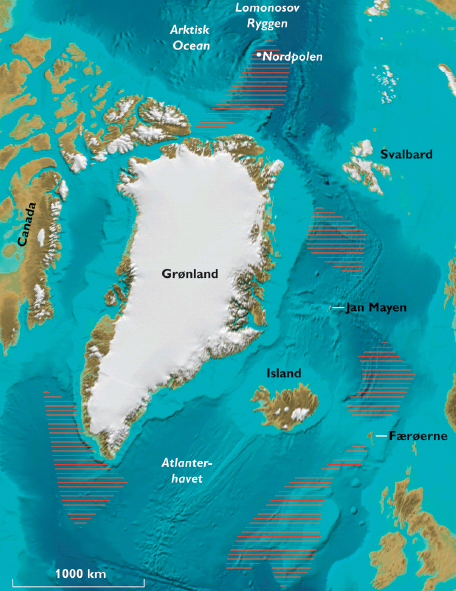 Denmark has confirmed it will make a claim for the North Pole. Four out of five states around the pole have the right to make these claims and Denmark is the last one in line to do so.

The Commission on the Limits of the Continental Shelf (CLCS) oversees territorial claims in the Arctic.

"The Kingdom has submitted documentation to the CLCS for claims relating to two areas near the Faroe Islands and by 2014 plans to submit documentation on three areas near Greenland, including an area north of Greenland which, among others, covers the North Pole," read the Danish Arctic Policy, released last week.

Upon ratification of the United Nations Convention on the Law of the Sea (UNCLOS), the countries have ten years to make their claims to an extended continental shelf. If these claims are confirmed by CLCS, the country will receive exclusive rights to resources on or below the seabed of that extended shelf area.

That means alot can be at stake. Due to this, Norway (1996 ratification), Russia (1997), Canada (2003) and Denmark (2004) launched projects to provide a basis for seabed claims on extended continental shelves beyond their exclusive economic zones.

Canada has not sent its claims, but Denmarks has or will research these areas to claim the North Pole (from 176.dk). has time until 2013 to do so.

USA has signed but not ratified the contract. That means they cannot make any territorial claims unless they do so. All four states have now confirmed that claims will be sent (or will be in time), so the over used cliché about the Race to the North Pole is between four countries. That is unless USA ratifies UNCLOS, which it has hinted will happen with Hillarys Clinton words about making that her "priority" (read here).

Look at the Interactive Arctic Portal map to see the Exclusive Economic Zones in the Arctic. Light blue is a territory nobody can claim. Yet.