Sea ice levels at an all time low 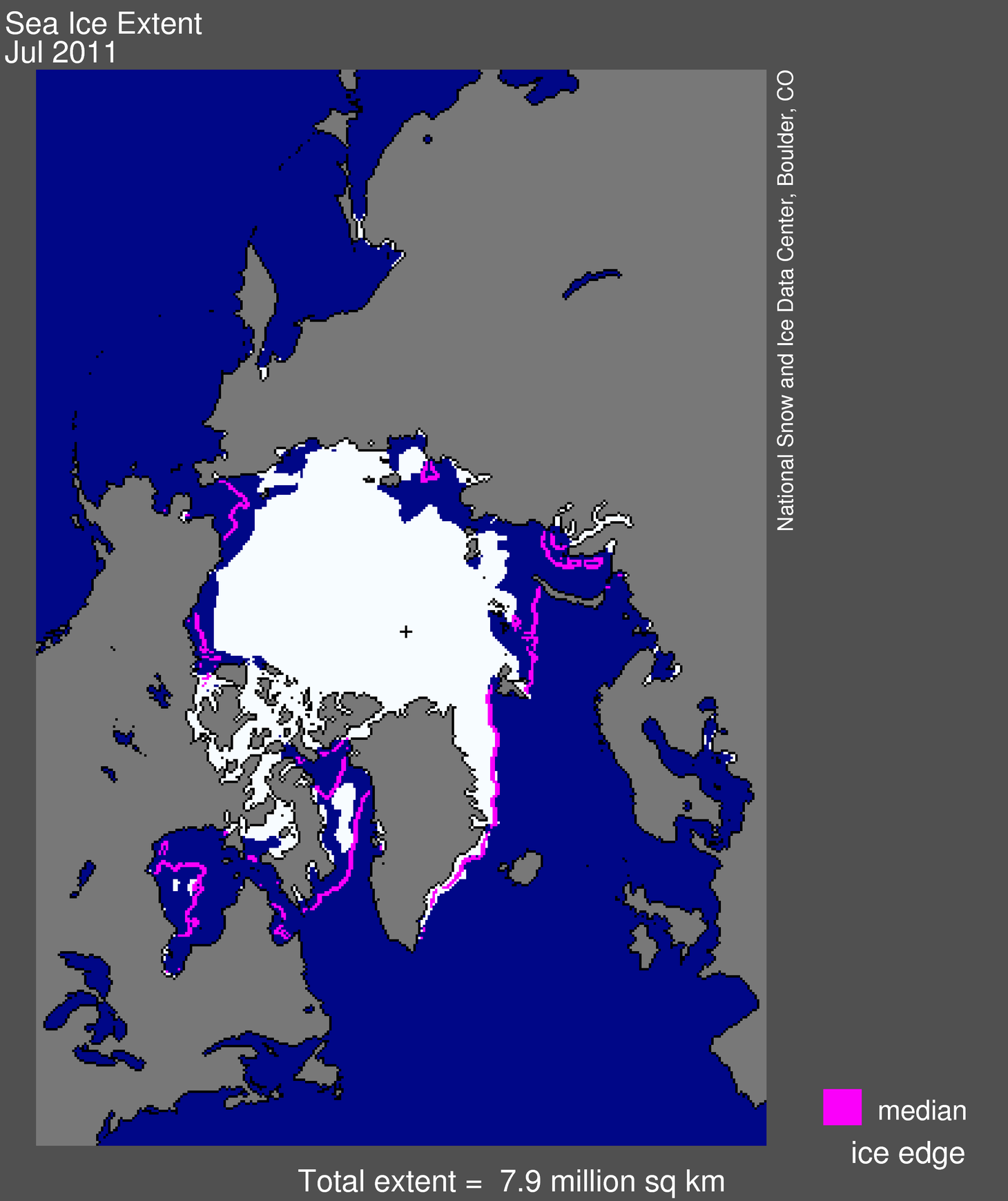 Sea ice in the Arctic is at an all time low. Data from July confirm this. The level is the lowest since satellite records have been used for measures. Sea ice coverage also remained below normal everywhere except the East Greenland Sea.

The data also shows that more of the Arctic's oldest ice has disappeared.

The ice declined at a fast pace in the beginning of July but as August approached, the pace went down.

Since 1979, when satellites were introduced as measuring tools for ice in the Arctic, the ice as declined at around 6,8% per decade.

As reported earlier, the loss of sea ice has resulted in Russians using the Northern Sea route more frequently. The tanker Perserverance set sail on June 29, 2011 from Murmansk, Russia, aided by two icebreakers and completed the passage on July 14. At least six more ships are scheduled for the route in the summer.

In August they also plan to send the largest ever tanker through the route.

The Northwest Passage is still choked with ice but its level is also diminishing. An open route for vessels could open up this year, but weather in the region for the next few weeks will determine that.