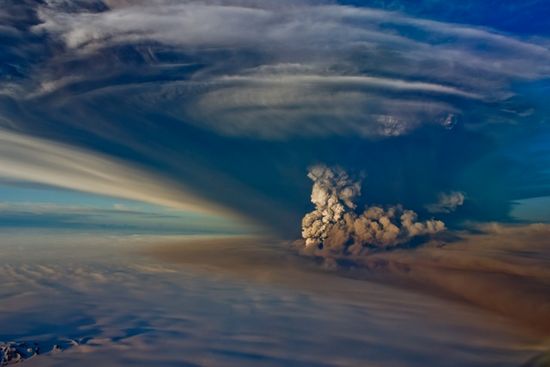 A volcanic eruption has started in Iceland underneath the glacier Vatnajökull on Saturday around 7 PM. The volcano, called "Grímsvötn" is spewing large amounts of ash up to 11 kilometers high (35 thousand feet) up into the air.

The ash has fallen on the southern part of Iceland. In areas where the ash cloud is very dense and the amount of fallout considerable, people are advised to stay indoors if possible, close all doors and windows and warm up their houses in order to push out the ash.

The International airport in Keflavik, Iceland has been closed since 8:30 Sunday morning and air companies have already cancelled flights. The domestic airport in Reykjavik and many other towns are also closed so no domestic flight has been operating. 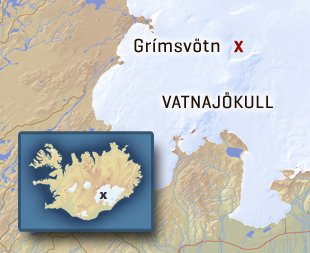 There has been little impact on European or transatlantic flights after the Grimsvotn volcano's eruption, where aircrafts have been diverted from the ash cloud. However, ash is expected to reach Scotland on Tuesday and could enter France and Spain on Thursday, Ash could reach the United Kingdom and northern continental Europe Wednesday. Weather patterns this weekend have been very different from the northerly winds that swept through the region after last year's eruption. However ash cloud's movement is difficult to predict. 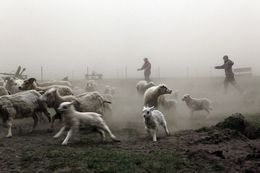 There has been no immediate danger to people in the area but it has started to affect live stock that can not graze due to ash cover. Lambing season in the area is finishing and farmers have to keep all their stock in their sheepcotes, which is getting more and more cramped.

Ice-melt is not expected to be great and therefore floods or swelling of rivers in the next few days is considered unlikely.
Grímsvötn is Iceland's most active volcano. Usually the eruptions occur at an interval of a few years. Most of these eruptions last a few days. The eruption is very big this time. However, experts consider it unlikely to cause anything similar to the chaos of the eruption in Eyjafjallajökull in 2010.