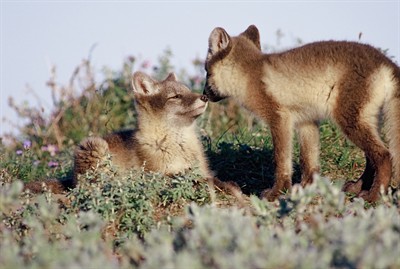 A new assessment of the Arctic's biodiversity reports a 26% decline in species populations in the High Arctic. The ASTI includes almost 1,000 datasets on Arctic species population trends, including representation from 35% of all known vertebrate species found in the Arctic.

Populations of Lemmings, Caribou and Red Knot are some of the species that have experienced declines over the past 34 years, according to the first report from the Arctic Species Trend Index (ASTI), which provides crucial information on how the Arctic's ecosystems and wildlife are responding to environmental change.

While some of these declines may be part of a natural cycle, there is concern that pressures such as climate change may be exacerbating natural cyclic declines.

In contrast, population levels of species living in the Sub Arctic and Low Arctic are relatively stable and in some cases, increasing. Populations of marine mammals, including Bowhead Whales found in the Low Arctic, may have benefitted from the recent tightening of hunting laws. Some fish species have also experienced population increases in response to rising sea temperatures.

"Rapid changes to the Arctic's ecosystems will have consequences for the Arctic that will be felt globally. The Arctic is host to abundant and diverse wildlife populations, many of which migrate annually from all regions of the globe. This region acts as a critical component in the Earth's physical, chemical, and biological regulatory system," says lead-author Louise McRae from the Zoological Society of London (ZSL).

Data collected on migratory Arctic shorebirds show that their numbers have also decreased. Further research is now needed to determine whether this is the result of changes in the Arctic or at other stopover sites on their migration routes.

Louise McRae adds: "Migratory Arctic species such as Brent Goose, Dunlin and Turnstone are regular visitors to the UK's shores. We need to sit up and take notice of what's happening in other parts of the world if we want to continue to experience a diversity of wildlife on our own doorstep."

Co-author Christoph Zöckler from the UNEP-World Conservation Monitoring Centre says: "The establishment of these results comes at a crucial time for finding accurate indicators to monitor global biodiversity as governments strive to meet their targets of reducing biodiversity loss."

The Arctic Species Trend Index was commissioned by the Arctic Council's CAFF Circumpolar Biodiversity Monitoring Program. The development of the index was a collaboration between the CBMP, the Zoological Society of London, UNEP World Conservation Monitoring Centre and the Worldwide Fund for Nature. Further information is available from: www.asti.is. 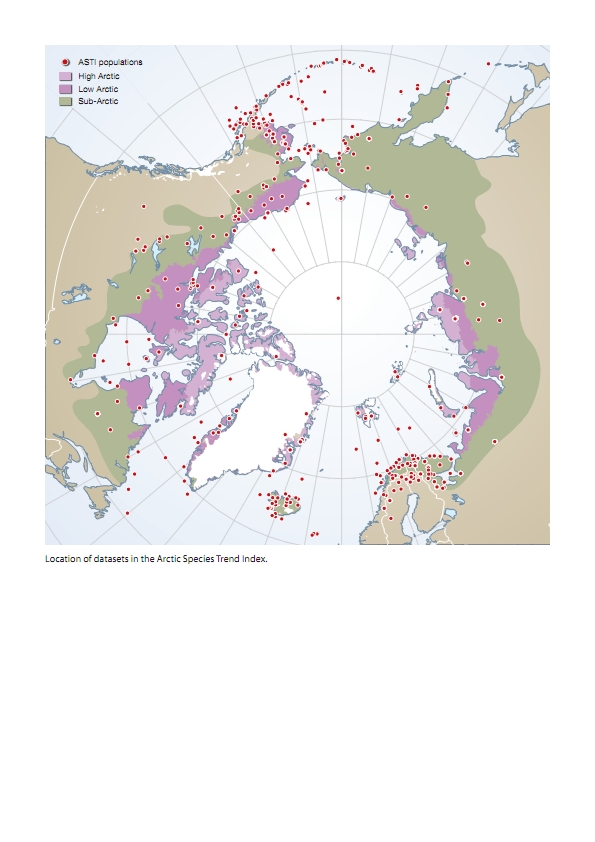