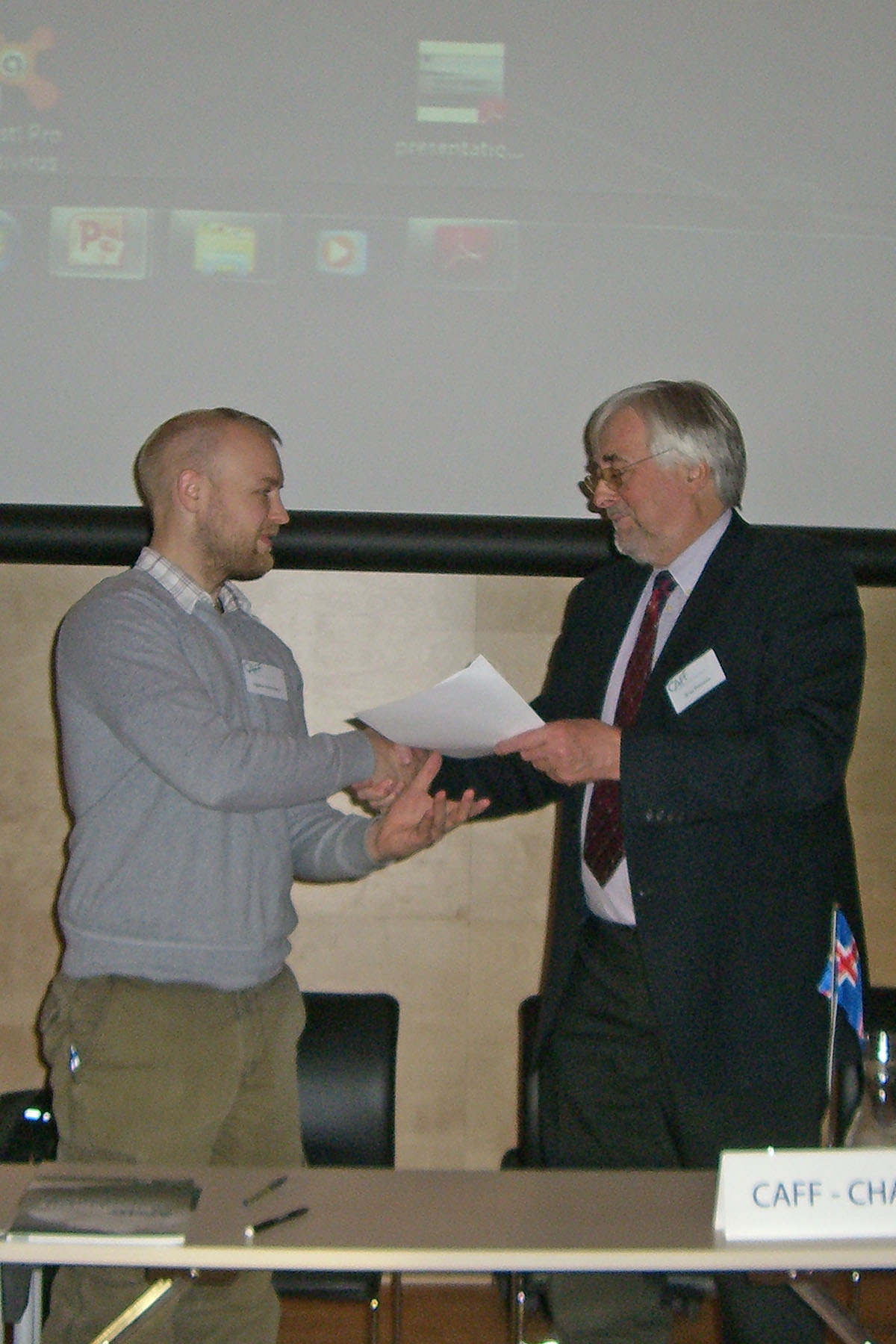 The Arctic Council recognizes in the Tromso declaration that education, outreach, scientific research and capacity building are major tools via which to address challenges in the Arctic.

And on the third of February, during the XIII CAFF Biennial meeting in Akureyri Iceland, a Memorandum of Understanding was signed to strengthen cooperation between the Conservation of Arctic Flora and Fauna (CAFF) working group of the Arctic Council and the Association of Early Polar Career Scientists  (APECS). The memorandum was signed by Aevar Petersen CAFF Chair and Sigmar Arnarsson on behalf of APECS Chair Allen Pope.

The objectives and activities of both APECS and CAFF complement one another in that CAFF as a Working Group of the Arctic Council provides a vehicle for knowledge and action in the Arctic region while APECS seeks opportunities for early career researchers to learn from and become engaged in international science and policy projects and programmes. Both parties will benefit from the participation of APECS members in CAFF policy and expert meetings on Arctic biodiversity. APECS members will gain valuable experience while also contributing scientific, innovative, and fresh perspectives to CAFF initiatives.

The aim is to create a means via which early career scientists can have the opportunity to participate in and gain experience in the circumpolar initiatives undertaken by CAFF as it works towards a more comprehensive understanding of Arctic biodiversity and its status and trends.  Within CAFF activities, emphasis is placed upon regional cooperation that is based upon cooperation between all the Arctic countries and indigenous organizations as well as with international conventions and organizations. CAFF will at the same time benefit from the input of new ideas and participation by young scientists and help to attract and stimulate interest in Arctic biodiversity and help stimulate outreach/communication with the education sector.

APECS will help to inform its members and partner organizations about the activities of CAFF and its associated partners to help broaden the understanding, representation, and input into CAFF activities through participation of APECS members in CAFF projects including policy and expert meetings. CAFF welcomes this new partnership and foresees a fruitful cooperation with APECS as a representative of the next generation of polar scientists.