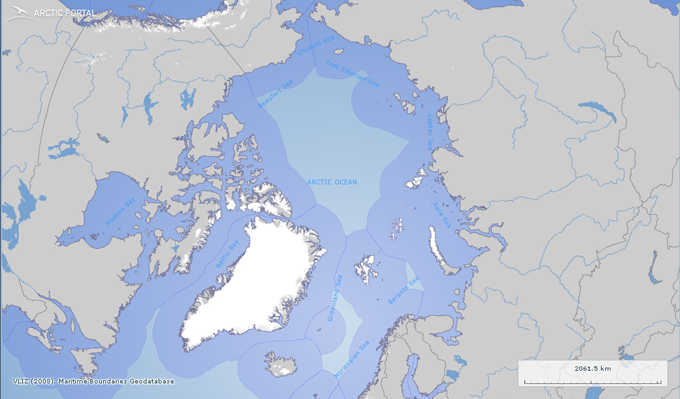 Governance of Arctic shipping occurs through a mix of domestic and international legal instruments and “soft law” regional agreements. There is no comprehensive international legal regime for the Arctic and no multilateral political organisation with the power to regulate activities or make legally binding decisions.

However, a cooperative mechanism, the Arctic Council, was created by the eight states in the region as a forum for discussion of all issues in the Arctic, in particular the protection of the environment, sustainable development and the affairs of native people.

A number of international treaties apply in the Arctic, in particular the UNCLOS,[1] which provides rules concerning maritime boundaries, claims to an outer continental shelf, sovereign rights over resources and the protection of the marine environment.

The Convention establishing the International Maritime Organization (IMO) was adopted in Geneva in 1948 and IMO first met in 1959. The IMO is the most important institution in the field of international shipping law and its main task is to develop and maintain a comprehensive regulatory framework for shipping. IMO’s mandate includes establishing measures regarding safety, environmental concerns, legal matters, technical co-operation, maritime security and the efficiency of shipping.

The work of IMO has led to massive body of international conventions, supported by hundreds of recommendations dealing with every angle of shipping. The international legal regime for the regulation of maritime shipping therefore contains a wide number of categories of standards.

The conventions of IMO deal, in theory, with certain issues but can additionally, have legal effects on more than single set of standards. The main categories of substantive standards or requirements are; CDEM (construction, design, equipment and manning) standards, navigation standards, discharge and emission standards, contingency planning and preparedness standards and liability, compensation and insurance standards.

The mandate of IMO is global and thus, most of its legally binding instruments have a global scope of application and apply in principle to the entire Arctic marine area. The IMO has, however, developed voluntary guidelines that apply in the Arctic waters and might become mandatory in the near future.

The Arctic Council has been successful in preparing assessments, developing a regional identity and setting the Arctic agenda but does not have powers to impose internationally binding rules. The Arctic Council Members have committed themselves to implementing the Arctic Environmental Protection Strategy (AEPS) in conformity with the LOS Convention.

In 2000, the Arctic Council adopted the Action Plan to Eliminate Pollution in the Arctic (ACAP) and determined that the ACAP would be a basis for developing and implementing actions under the Council’s auspices with respect to pollution prevention and remediation.

The most recent relevant output The Arctic Council regarding Trans-Arctic shipping is the Arctic Marine Shipping Assessment (AMSA) of PAME, which was released at the Arctic Council Ministerial Meeting in Tromsø, April 2009. The AMSA contains a considerable number of Recommendations categorized under the headings Enhancing Arctic Marine Safety, Protecting Arctic People and the Environment and Building the Arctic Marine Infrastructure. AMSA was approved by the Ministerial Meeting later that month means of the Tromsø Declaration of 29 April 2009.