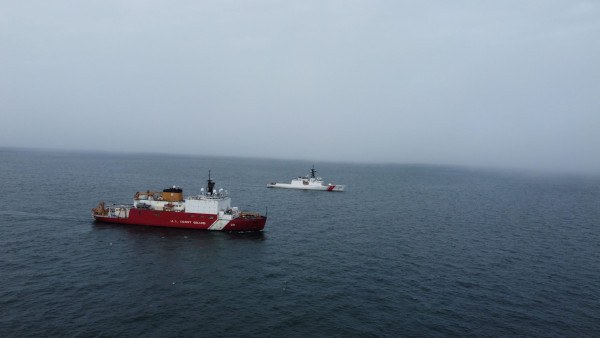 A broad bill covering national security, shipping, research, and trade in the Arctic that sharply rebukes Russia’s dominance on some issues was introduced in the U.S. Senate on Wednesday.

The proposed legislation seeks to curtail Russia’s shipping “monopoly” in the Arctic while establishing a year-round U.S. presence in the North through the Coast Guard and Navy.

It also calls for significant investment in research and infrastructure — both nationally, through U.S. deepwater ports, and internationally, by investing in other Arctic nations except Russia and establishing a free trade agreement with Iceland.

“It’s really needed and welcomed,” said Betsy Baker, a global fellow at the Wilson Center’s Polar Institute. “It ties together many different Arctic issues into a pretty coherent whole.”

The Arctic Commitment Act is cosponsored by Sen. Lisa Murkowski, a Republican from Alaska, and Sen. Angus King, an Independent from Maine, both chairs of the Senate Arctic Caucus.

The bill would require a report to Congress from the Department of Transportation on countering “the control and influence” of Russian shipping in the Arctic, including plans to push back on Russia’s “monopoly” on Arctic shipping in order to improve U.S. Arctic shipping.

This is an apparent reference to Russia’s contested restrictions on using the Northern Sea Route, which Russia considers internal waters and the U.S. sees as global.

The bill would establish a year-round presence in Arctic waters while calling for deepwater port investment. The U.S. Coast Guard and Navy would be required to submit a report on establishing and maintaining a permanent presence at ports in Nome, Unalaska, Port Clarence, and potentially other deepwater ports in the American Arctic and sub-Arctic.

Murkowski has called for a system of deepwater ports in the region, and the port of Nome received $250 million in federal funding in January for an expansion. Nome’s port in particular is highlighted in the proposed bill as an important component of U.S. national and military strategy.

The report would also include cost estimates for year-round operations around the Bering Sea and the Arctic region.

The bill would also increase coordination across federal agencies on Arctic issues by establishing the Arctic Executive Steering Committee within the executive branch to coordinate the work of federal agencies. And it would update Arctic research priorities, especially around climate change.

“It’s a more nuanced and explicit statement of why Arctic research matters, and I think that’s important,” Baker said. “You need sustained funding for sustained observations and a stronger understanding” of Northern issues.

Arctic research investment is particularly relevant as the U.S. State Department winds down funding for research collaboration with Russia.

“It really is a heartbreak and a huge loss to not be able to pursue what has been longer than 30-year set of relationships,” Baker said. Russia accounts for more than half of the Arctic coastline. “If you want to understand anything about the Arctic, we really do need that input.”

While this bill pushes back against Russian cooperation, expanding research in other nations could help make up for these knowledge gaps.

The new bill also includes key provisions to invest in other Arctic nations and in Indigenous organizations, especially around energy and resource extraction — but it expressly excludes Russia from the definition of “Arctic countries.” The legislation would also support a free trade agreement with Iceland.

“This legislation takes measures to help protect our Arctic interests, project our capabilities in the High North, leverage our strategic location, and deepen relations with Arctic allies,” Murkowski said in a statement.

“We cannot be bystanders in the region when we are at a true inflection point in the Arctic,” King said in the statement.