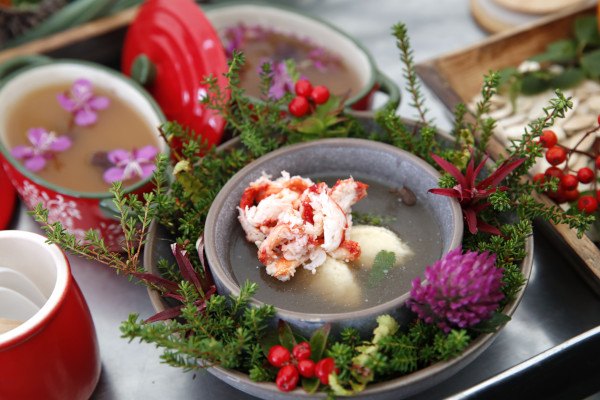 On 10-11 December 2021 Moscow will host the Taste of the Arctic International Gastronomic Festival of northern cuisine within the frames of Russia’s Chairmanship of the Arctic Council.

The events of the festival will take place in the old Loft Hall mansion in Moscow. The diversified business and gastronomic program is aimed at popularizing the national cuisine of indigenous peoples of the Arctic zone, developing the gastronomic tourism and economy in this territory while carefully preserving the traditions of the North.

The participants of the business program - representatives of authorities, industry associations, tourist and restaurant business - will discuss the topical issues of preservation and development of national cuisines of the peoples living in the Arctic zone, as well as the ways to attract tourists to these regions. On December 10 the business session “Gastronomy as a key attraction for tourism in the Arctic: best international practices” and the presentation of the Arctic Council’s EALLU project on the traditional food culture of indigenous peoples will take place. On December 11, the participants will take part in the workshop entitled “National cuisine packaging in street food format” and a session entitled “Formation of Made in the Arctic brand as a tool for popularizing the Arctic cuisine”.

In the evening of December 10, the business program will include an immersive gastronomic Arctic Gala dinner, during which it will be possible to see the chefs preparing dishes of the northern cuisine before serving them. The organizers will also entertain the guests with a show program in the ethnic style. The performers will include the Yakutian Uraan DJ duet, ethno-singer Erkin Alekseev, singer and DJ Alyona Minulina, and Khadri Okotetto, a performer of the Nenets epos from Yamal.

For two days, there will be the Arctic Expo technological exhibition featuring multimedia iceberg stands, disclosing the specific features of the Arctic regions of Russia and the Arctic countries. The visitors of the exhibition will get the most up-to-date information about the national and cultural specific features, tourist and trade potential of these territories, manufacturers working there, marketplaces and opportunities for cooperation.

A rich gastronomic program is also planned. For two days the Arctic Cuisine culinary online marathon will be held at the Taste of the Arctic festival venue. Everyone willing will be able to see the live broadcast on the website of Russian Chairmanship of the Arctic Council, on the website of Roscongress Foundation and in VKontakte community of the festival. Original dishes of northern cuisine will be cooked by experienced chefs from restaurants of nine Arctic regions of Russia and the Arctic Council member states. The Russian participants of the marathon include such renowned chefs as Andrey Anikiev from the Roomi northern cuisine restaurant in Arkhangelsk, Alexander Ermolin from the Timan restaurant-museum in Naryan-Mar, Ivan Balin, sous chef of the VKareliiEst museum-restaurant, Ilya Vegera from the Sedmoye Nebo restaurant in Murmansk, Evgeny Alfan from the Aurora restaurant in Yakutsk, renowned chefs from Krasnoyarsk region, Komi Republic and Chukotka.

The culmination of the second day of the festival will be the Chef Versus ICE culinary duel in the Arctic cuisine, during which well-known Russian bloggers trained by experienced chefs of the Far North will show their skills. It will be possible to watch the culinary battle live, just like the Arctic Cuisine marathon, at three online venues. The audience will also have a unique opportunity to watch broadcasts of the master classes of indigenous minorities of the Arctic on cooking on open fire and to borrow their recipes. And the guests of the festival immediately present at the site will taste the prepared dishes.

The peoples of the Arctic and their national cuisine are beautiful and unique. People who have not been to the North should definitely get acquainted with the local gastronomic traditions, the Arctic flair. I am sure that the festival will allow drawing attention to our Arctic regions, to the life of the peoples of the Far North, and will be an important contribution to the development of Arctic tourism,” said Alexey Chekunkov, Minister of the Russian Federation for the Development of the Far East and the Arctic.

The initiator of the festival is the Republic of Sakha (Yakutia). The operator of the events of the Russian Chairmanship of the Arctic Council is the Roscongress Foundation.