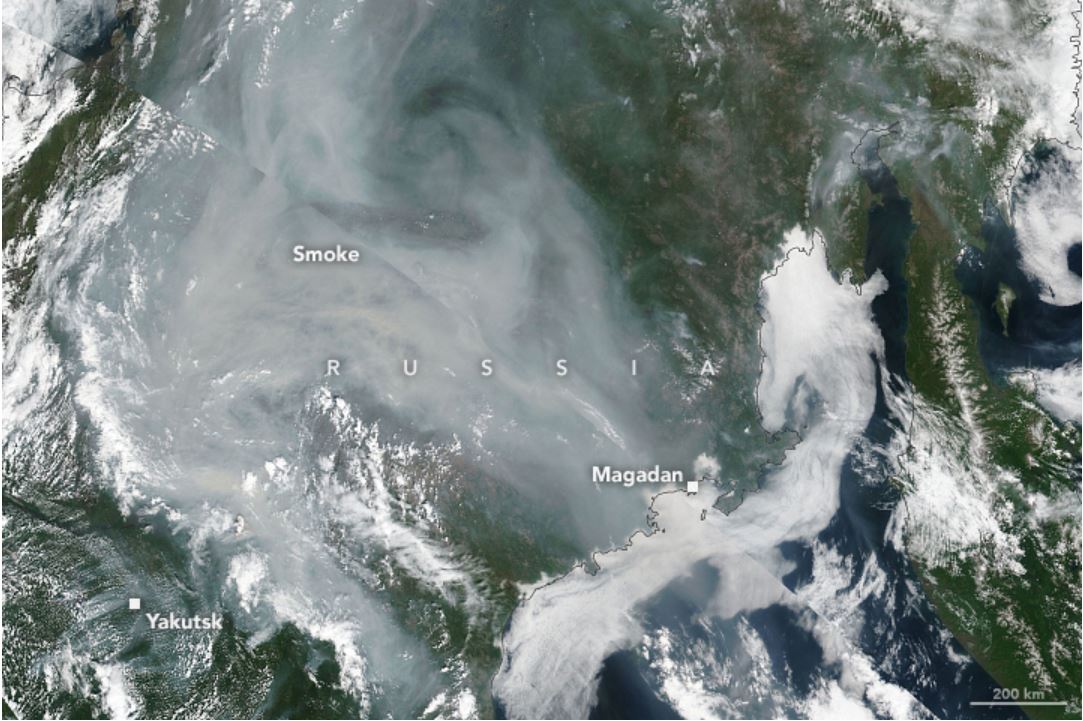 Nasa Earth Observatory recently published satellite images of large clouds of smoke enveloping the Republic of Sakha (Yakutia). According to the data around 250 fires have been burning in the area for weeks but recently they exploded in size. Estimated size of the area burning is 5720 square kilometers (2,210 square miles).

Temperatures have been extremely high in Siberia and according to record Siberia has had the warmest January to June since records began. On 20 June in the town of Verkhoyansk the heat hit 38° C being the highest temperature ever recorded in the Arctic Circle. The extreme heat has unleashed a range of disasters in the area, the most obvious being the wildfires that some have simply not been extinguished since last summer. The fires are believed to have been continuously smouldering and then rekindling with the arrival of milder temperatures and drier weather. These types of fires are called zombie fires and they happen mainly in frozen peatlands.

Authorities have been battling these fires for weeks and are calling the situation difficult to handle.