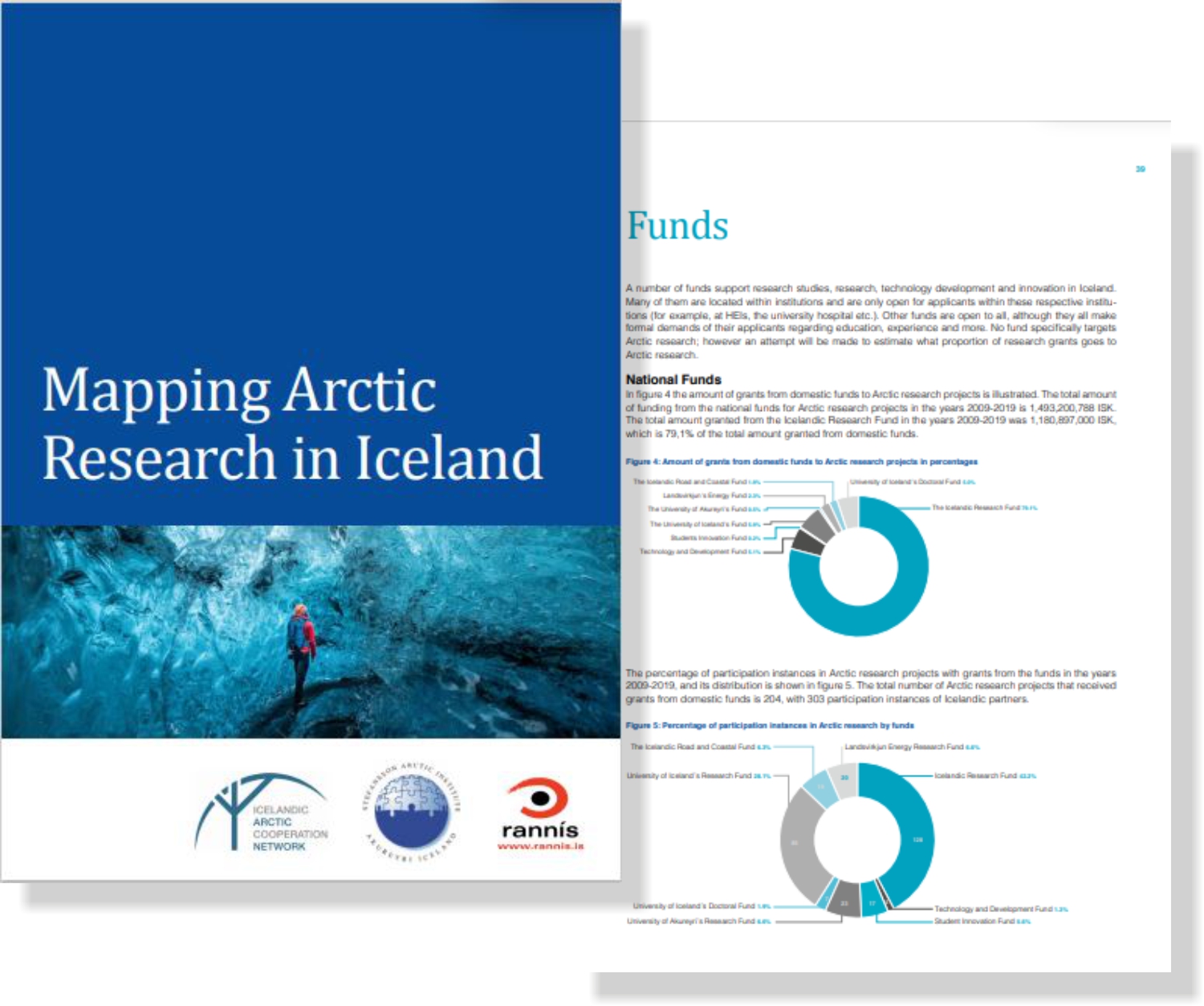 The report Mapping Arctic Research in Iceland has been published in cooperation between The Icelandic Centre for Research, Stefansson Arctic Institute and the Icelandic Arctic Cooperation Network.

In the report's prologue the director of Rannis, Hallgrímur Jónasson states "In these uncertain times of warming climate, the Arctic Region is becoming even more important for the global community. The ice cover of the Arctic, the temperatures and currents in the Arctic Ocean have a huge impact on the climate and weather in the lower latitudes. Iceland is an integrated part of the Arctic region where approximately 4 million inhabitants live. For those living in the Arctic, research on the region is a priority in order to understand the changes which are occurring and what they might expect in the future.

Arctic Portal is frequently mentioned and referred to in the report as it has been an active partner in Arctic research, data management and outreach, locally and internationally, from its formal establishment back in 2006.