Northern Forum: time to rally in the face of new challenges 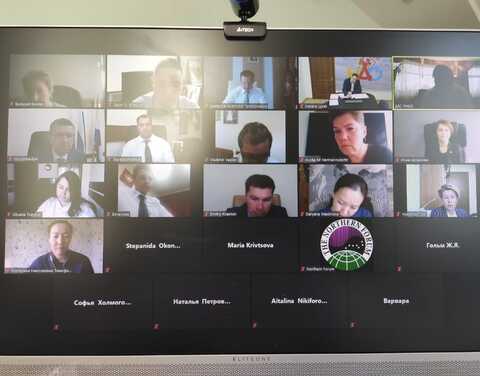 On June 22, 2020, a meeting of the Committee of Regional Coordinators of the Northern Forum International Organization of Northern Regions was held.

Due to the complex epidemiological situation in the world associated with the coronavirus pandemic, the meeting was first held in the format of video conferencing. The meeting was attended by regional coordinators of 10 of the 14 member regions of the organization. Information was received on the results of the Northern Forum for 2019 and the first half of 2020, a work plan for the coming period was adopted, and changes were made to the procedure for nominating regional projects and business partners for the Northern Forum project competition, the Ministry of Foreign Affairs website reported. and the affairs of the peoples of Yakutia.

“Today it is important to maintain and develop the workflow within our organization, and for the first time we are holding a meeting of the Committee of Regional Coordinators in the mode of video conferencing. This will enable all regions to participate in decision-making for the development of the Northern Forum, to build its effective work, ”said Sergey Kungurtsev, Chairman of the Committee for Regional Coordinators of the Northern Forum, Chairman of the Committee for Arctic Affairs, International and Interregional Relations of the Nenets Autonomous Okrug.

During the meeting, committee members noted the importance of promoting regional initiatives related to the development of reindeer herding, preserving and developing the cultures and languages of the indigenous peoples of the North and the Arctic, supporting youth, environmental programs, establishing comprehensive cooperation with international organizations such as the Arctic Council, creating and development of discussion and working platforms for discussing the development of the northern and Arctic regions.

Following the meeting, the committee also decided to appoint an interim executive director of the Northern Forum. Vladimir Vasiliev, who served as Minister for External Relations and Affairs of the Peoples of the Republic of Sakha (Yakutia) and Head of the Department of External Relations of the Republic of Sakha (Yakutia) in 2014-2018, was approved in this post.

The Northern Forum is an international non-governmental organization of the northern regions, formed in 1991 at the conference "Cooperation in a Changing World", held in Anchorage (Alaska, USA). In 1992, the Northern Forum received accreditation at the UN as a non-governmental organization and observer status in the Arctic Council. The main value of the organization is to improve the quality of life in the North, support the sustainable development of tourism and implement initiatives in the field of socio-economic cooperation between the northern regions.