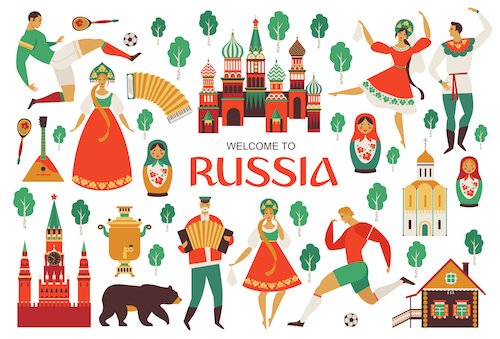 Today, on June 12, is the National Day of Russia or as locally called Den Rossii (Russia Day) an occasion for many Russians to demonstrate national pride. On this day in 1990, Russia became an independent nation following the official adoption of the Declaration of Sovereignty of the Russian Federation, which was then followed by the establishment of the national anthem and flag.

From the Bering Sea in the country’s Asian east, to the shores of the Baltic Sea in the European west, Russia has celebrated June 12th as a public holiday and a time to pay tribute to the country’s identity and heritage since 1992.

Today, Russia’s widely varied cultures and ethnicities are symbolized by historical customs, such as the playing of the country’s many traditional folk instruments. These unique musical instruments include Iozhkis (spoons), buben (tambourines), and accordions.