Mapping of the Icelandic seabed 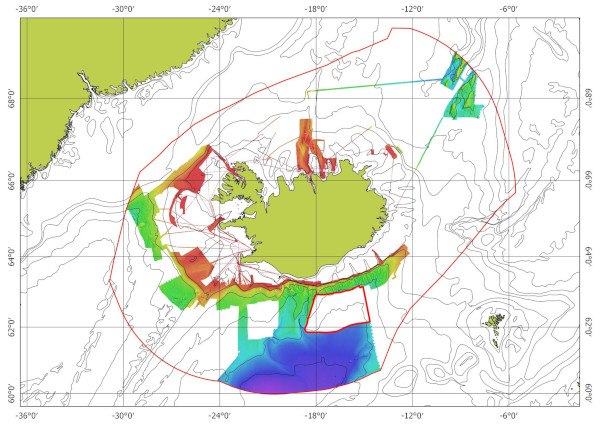 The Icelandic Marine & Freshwater Research Institute (MFRI) is working on a twelve year project aimed at mapping the seabed around Iceland. The project started in the year 2017.

As is stated on the MFRI Webpage "The aim of the project is to acquire knowledge of the seabed within Iceland's economic jurisdiction, which will be used for a variety of purposes and is a prerequisite for a scientific approach to sustainable utilization, protection and research of marine resources, on, in and under the seabed."

On June 8 the research vessel Árni Friðriksson embarked on a mission which will last until June 24, and the plan is to map a 22,000-square-kilometer area in Southeastern depths ranging from 800 to 2,300 meters depth.

The photo shows the area which the Research expedition will map now is designated in redline southeast of the island.