Scotland proposing to be Europe´s gateway to the Arctic 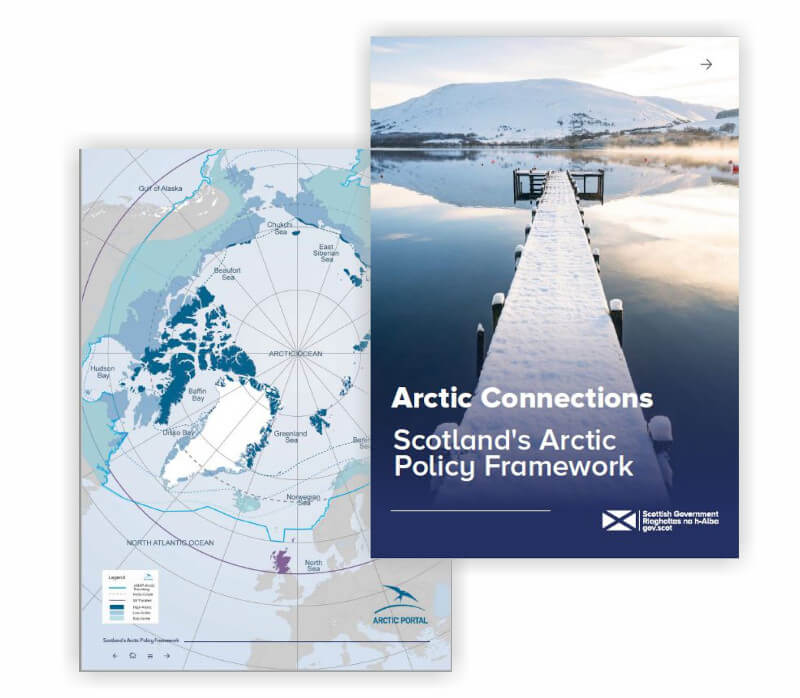 The Scottish government published its first Arctic Policy Framework on 23 September 2019. On that occasion Scotland´s External Affairs Secretary said, “Scotland has the expertise and vision to serve as a link between the Arctic region and the wider world with opportunities to help tackle issues such as sustainable tourism, renewable energy and climate change.”

The news Arctic Connections on the Scottish Government webpage claim that 27.5% of Scotland´s overseas exports in the year 2017 is related to trading with countries that have territories in the Arctic and that these major trading partners are also the origin of nearly half of all foreign direct investments in Scotland. It continues with stating that “The framework sets ambitions for Scotland across the Arctic while encouraging academia, civic society and government organisations to have a greater level of collaboration with international counterparts.”

Arctic Portal proudly provided the Scottish Government with a map that is used in the publication.