The Gwich'in voice on the oil exploration in Arctic refuge – U.S. House voted to support! 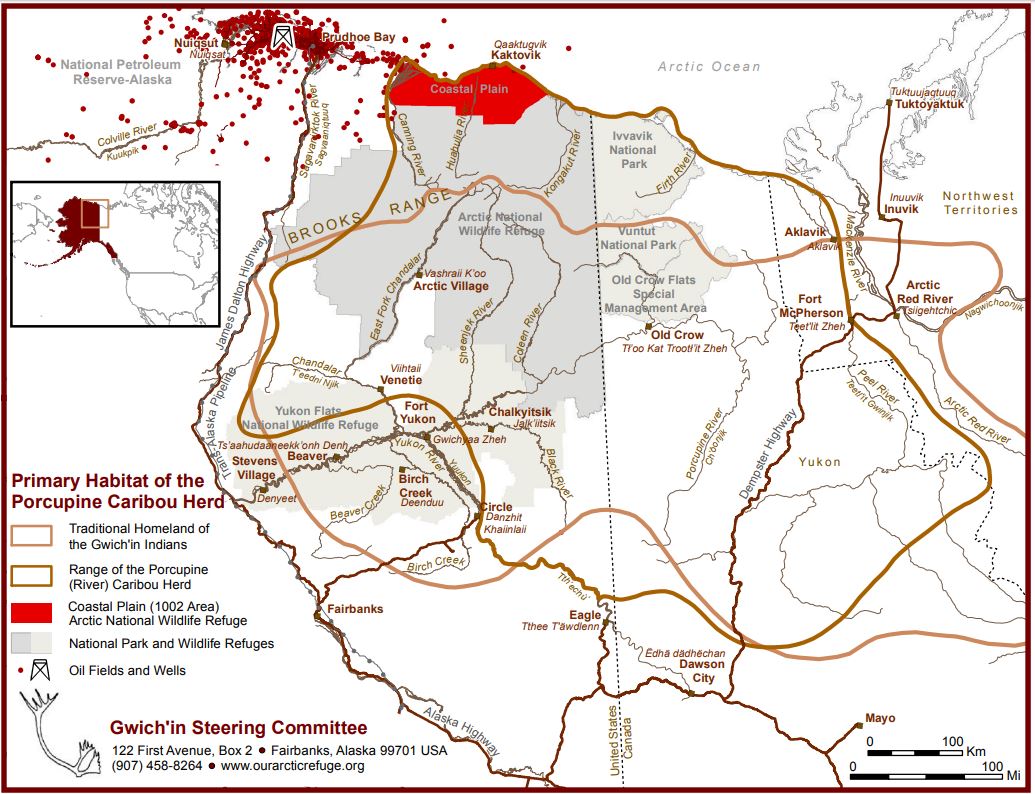 On Thursday, 12 September the U.S. House of Representatives voted to pass a bill that would remove oil exploration in the Arctic National Wildlife Refuge (The Arctic Cultural and Coastal Plain Protection Act) from the 2017 tax bill.

The act that prevents the Bureau of Land Management from holding a lease sale in the coastal plain refuge passed 225-193. However, according to Arctic Today news “President Donald Trump has vowed to veto such legislation should it reach his desk.“

Environmentalist with Bernadette Demientieff, director of the Gwich'in Steering Committee at the forefront have been fighting the oil companies from drilling in the Arctic refuge.

On March, 2019 Bernadette issued a statement on behalf of the Gwich'in Nation to the U.S. House of Representative Committee on Natural Resources, Subcommittee on Energy and Mineral Resources hearing “The Need to Protect the Arctic National Wildlife Refuge Coastal Plain“ on H.R. 1146, The Arctic Cultural and Coastal Plain Protection Act.

In that statement she explain the importance of the Coastal Plain for her people and the Caribou and how drilling in the area would have extreme negative effect on them. The name “Gwich'in“ means “people of the land“ and expresses the fact that they have been living off and relying on the land for thousands of years. By risking the exploitation off the Coastal Plain it could destroy the balance of nature in the area and damage heavily the Gwich'in culture and heritage. The statement expresses that it is not just a piece of land with oil underneath it is the heart of the Gwich'in people.

The statement ended by publicly stated that the Native corporations do not speak for the Gwich'in people because they are the ones who will benefit the most from oil drilling in the Coastal Plain. Bernadette also thanked the many who have supported them in their fight and expressed the wish that “the United States President and Congress would recognize the rights of the Gwich'in people to continue  live our way of life by prohibiting exploration and development in the calving and postcalving grounds of the Porcupine Caribou Herd.“

The map, made by the Gwich'in Steering Committee, portrays the Coastal Plain, the Traditional Homeland of the Gwich'in Indians, the Range of the Porcupine Caribou Herd, National Park and Wildlife Refuges and the Oil Fields and Wells.

The issue is contorversial and not supported by Alaskas senators as can be observed in the news by Arctic Today. “Alaska’s congressional delegation — Young, along with Sen. Lisa Murkowski and Sen. Dan Sullivan — published an op-ed Thursday in the Wall Street Journal highlighting the economic benefits of oil exploration in the 1002 area.

Demand for natural resources is growing, they wrote: “If Alaska doesn’t supply them, another country will.” The delegation framed the competition for Arctic resources in terms of geopolitics, pointing to Russia’s and China’s growing presence and infrastructure investments in the region.

“Pulling up the stakes on an American energy program that helps build a presence in the region would put us further behind,” they wrote.“

A group of environmental organizations referred to as the Arctic Refuge Defense Campaign issued a press release dated 12 September 2019 on the environmental and cultural importance of the issue to read it in full click here.