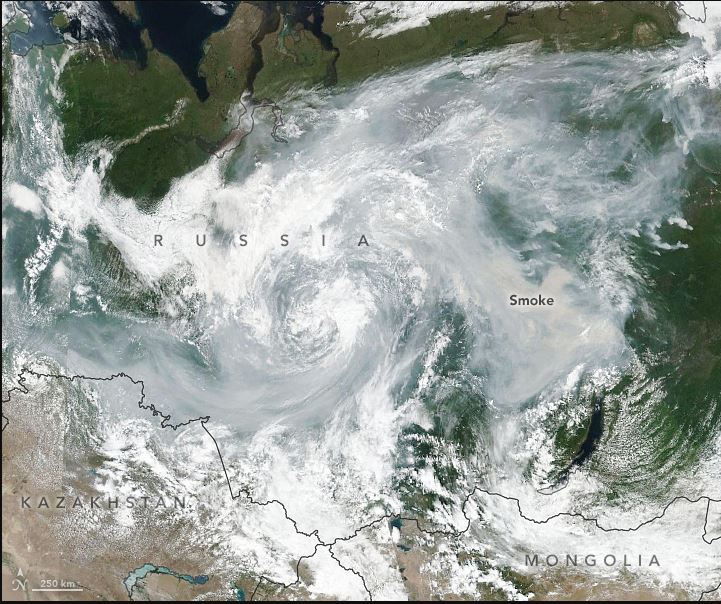 According to an interesting article in the ScienceNews written by Carolyn Gramling the Arctic is on fire.

“Record-breaking temperatures and strong winds are fueling an unprecedented number of wildfires across the region this summer. In Siberia alone, hundreds of wildfires captured by satellite images July 28 spanned about 3 million hectares of land. Across Alaska, as many as 400 wildfires were burning as of mid-July. And the heat is also melting Greenland’s ice at an alarming rate.

The scale and intensity of the June 2019 wildfires are unparalleled in the 16 years that the European Union’s Copernicus Atmosphere Monitoring Service, or CAMS, has been tracking global wildfire data. And July’s numbers “have been of similar proportions,” says CAMS senior scientist Mark Parrington. “I’ve been surprised at the duration of the fires in the Arctic Circle, in particular.”

Wildfires most often occur in the Arctic in July and August, sparked by lightning strikes. But this year, unusually hot and dry conditions in the Northern Hemisphere in June exacerbated the problem and drove the fire season’s start earlier, the World Meteorological Organization reported July 12.

Unusually high temperatures and low precipitation in the region were almost certainly fueling the July wildfires as well, Parrington says. In early August, CAMS will release its monthly bulletin summarizing the July data, he adds, and “I wouldn’t be surprised if the July fires correspond to [those climate] anomalies.”

In Alaska, a heat record toppled July 4, with temperatures reaching as high as 32.2° Celsius (90° Fahrenheit). Average June temperatures in parts of Siberia were almost 10 degrees higher than the average temperatures from 1981 to 2010. That same month, more than 100 intense wildfires were burning within the Arctic Circle. 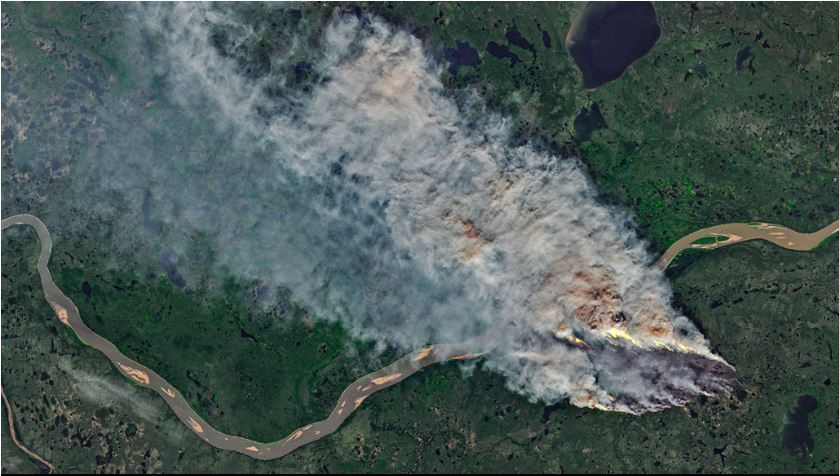 Emissions of CO₂ and other greenhouse gases are responsible for the current era of global warming (SN: 8/3/19, p. 7). Human-caused emissions of greenhouse gases have already warmed the planet by 1 degree C above preindustrial times. Temperatures in the Arctic are increasing twice as fast as the global average, further promoting the growth and persistence of wildfires in the region. 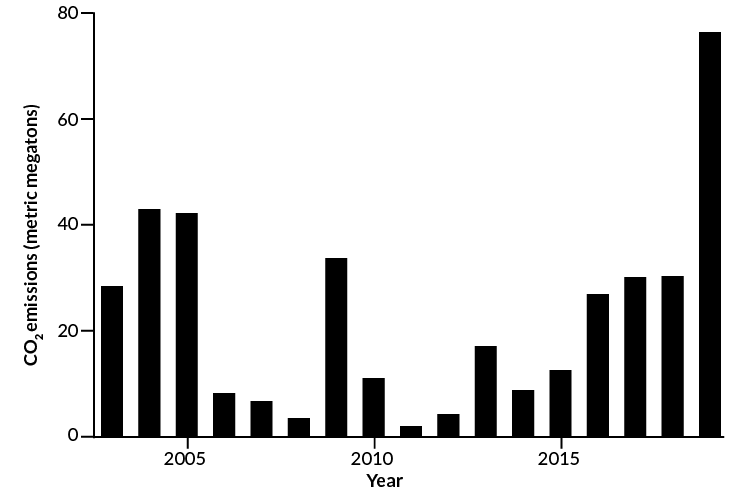 Figure: Carbon dioxide emissions from wildfires in the Arctic in July, 2003–2019

Such Arctic wildfires are expected to become more common as the planet warms. There’s geologic precedent for that: Layers of black charcoal in sediments in the Canadian Arctic suggest that wildfires frequently raged across the region during the Pliocene Epoch, when global atmospheric CO₂ levels were between 350 and 450 parts per million — similar to today  (SN: 12/9/17, p. 24). In June, CO₂ levels averaged 413.92 ppm, according to data collected at the Mauna Loa Observatory in Hawaii.

Meanwhile, increasingly frequent winter warm spells, insect outbreaks and wildfires have also caused many Arctic plants to lose their resistance to freezing, dry out and die, turning large parts of the Arctic brown (SN: 4/13/19, p. 16). That, in turn, increases the region’s susceptibility to more wildfires: Normally, the icy peatlands are soggy enough to be fire-resistant, but they are thawing and drying out. Once set ablaze, the carbon-rich peat can burn for months, releasing large amounts of CO₂ back into the atmosphere and fueling the warming feedback loop (SN: 3/17/18, p. 20).