Reindeer in Lapland seeking shelter from the heat 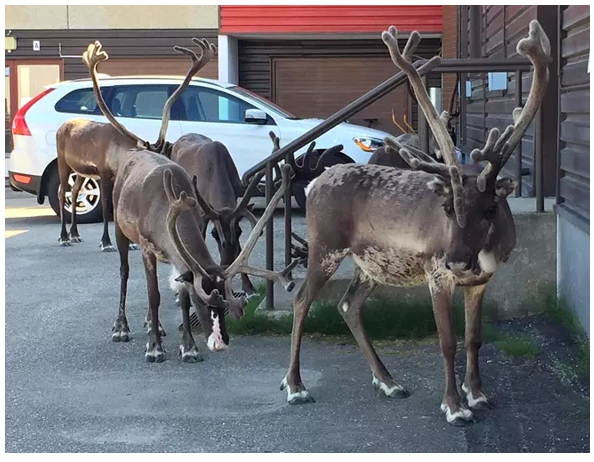 Last week in Northern Lapland was particularly warm and on the 23 July at Kevo in Utsjoki, the Meteorological Institute measured 30.1 degrees, which is the record high for July in Lapland.

The Finnish Meteorological Institute issued a heat warning to the northernmost Finland. The newsprovider Helsingin Sanomat showed a picture of reindeer standing in front of Kela's Inari service desk in Ivalo looking like they were waiting in line at a service point. The picture that was taken by Arja Jomppanen and was posted  Stories section of Instagram and on Twitter .

According to Jomppanen that was interviewed by the Helsingin Sanomat “it is difficult for reindeer to be on hot asphalt” so they seek shelter often in strange places. Furthermore, Jomppanen said “I don't know if they would have entered the building if the doors had been open. Now they were standing on the edge of the building quite calmly. ”

The heat in Ivalo has gone down and is today cloudy and around 9°C.