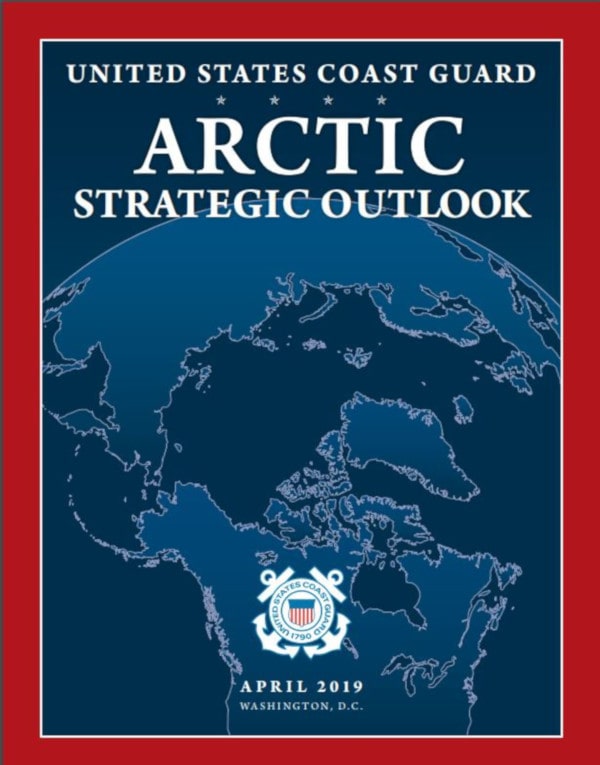 This document establishes three lines of effort crucial to achieving long-term success: (1) Enhance capability to operate effectively in a dynamic Arctic domain, (2) Strengthen the rules-based order, and (3) Innovate and adapt to promote resilience and prosperity.“

In the Executive Summary of the Outlook it is stated that “Since the release of the Coast Guard Arctic Strategy in 2013, the resurgence of nation-state competition has coincided with dramatic changes in the physical environment of the Arctic, which has elevated the region’s prominence as a strategically competitive space. America’s two nearest-peer powers, Russia and China, have both declared the region a national priority and made corresponding investments in capability and capacity to expand their influence in the region. Russia and China’s persistent challenges to the rules-based international order around the globe cause concern of similar infringement to the continued peaceful stability of the Arctic region. As the only U.S. Service that combines both military and civil authorities, the Coast Guard is uniquely suited to address the interjurisdictional challenges of today’s strategic environment by modeling acceptable behavior, building regional capacity, and strengthening organizations that foster transparency and good governance across the Arctic.“

According to the Maritime Executive “the U.S Coast Guard aims to o fill its current gaps in operational capabilities by investing in ice-breaking ships, such as the Polar Security Cutter, aviation assets, unmanned and/or autonomous systems, and personnel, all capable of operating in the austere and remote Arctic environment. Assets must be upgradable and interoperable, capable of an evolving portfolio of mission activities ranging from search and rescue to defense operations and marine scientific research support.“