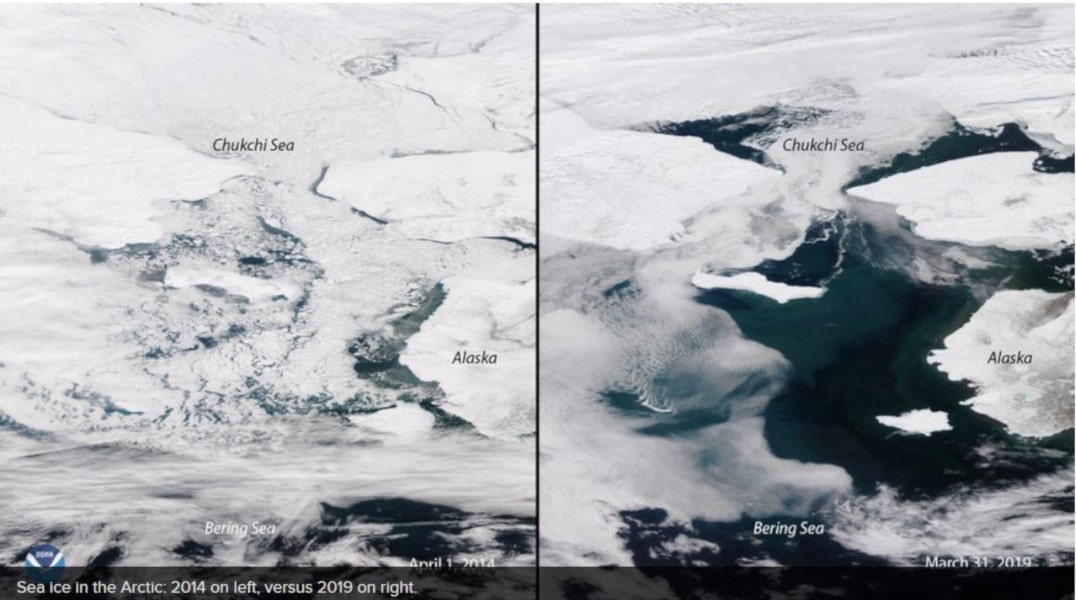 At his time of the year the Arctic sea ice usually reaches its greatest size freezing over the northern ocean. Recent satellite photos show that unfortunately that is not the case today compared to past years.

According to satellite photos taken by the National Oceanic and Atmospheric Administration (NOAA) on 1 April 2014 and then on 31 March 2019 the difference in ice coverage is undeniable great. The photos show a comparison of the Bering and Chukchi sea ice in a normal year of 2014 versus the maximum sea ice extent this year making it the lowest sea ice extent on record for Bering Sea.

Referring to thhe newsprovider Mashable “The Arctic is the fastest warming region on Earth. A month ago, the Bering Sea forewarned of a profoundly low maximum sea ice extent. The waters in the Bering Strait were already nearly ice-free, though scientists expected some ice to grow as more favorable weather patterns set in. But a month later, the ice is gone.

What's more, the ice should be here for months longer. "There should be ice here until May," Lars Kaleschke, a climate scientist at the Alfred Wegener Institute for Polar and Marine Research, told Mashable in March.“