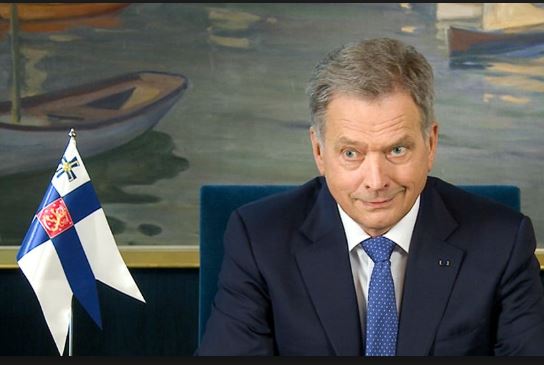 A meeting between Anton Kobyakov, Adviser to the President of the Russian Federation, and Mikko Hautala, Ambassador of Finland to Russia, took place on 4 March.

The parties discussed cooperation between the two countries in trade, economic and social areas, as well as the format of joint work during the business programme of the ‘Arctic: Territory of Dialogue’ 5th International Arctic Forum, which will be held on 9–10 April in St. Petersburg at the ExpoForum Convention and Exhibition Centre.

Finland is Russia’s significant trading partner in Europe. Finnish partners are committed to pursuing a constructive dialogue and developing mutually beneficial relations with Russia. Mikko Hautala said that the President of Finland Sauli Niinistö decided to participate in the ‘Arctic: Territory of Dialogue’ 5th International Arctic Forum. The programme of the visit includes his participation in the Forum’s business programme session on the subject of black carbon and methane, organized by the Ministry of Foreign Affairs and the Finnish Ministry of the Environment.

“Dynamic of cooperation between Russia and Finland in the economic sphere is remarkably positive,” Anton Kobyakov said, “the trade turnover between our countries has steadily increased for the second year in a row. For the current year, it increased by 25% compared to 2017, reaching 10 billion US dollars. We welcome the decision of President Sauli Niinistö to take part in the 2019 International Arctic Forum. I am positive that Mr. Niinistö’s participation in the plenary session of the Forum together with the President of Russia will make a significant contribution to a meaningful discussion of the Arctic agenda.”

Russia and Finland cooperate constructively in the north of Europe and in the Arctic, taking part in organizations such as the Council of the Baltic Sea States, the Barents Euro-Arctic Council, the Arctic Council, the Northern Dimension. Finnish companies demonstrate high business activity, express their willingness to participate in joint Arctic projects with Russia, and offer their scientific and technological solutions and innovations. Promising areas of cooperation include work on the continental shelf, shipbuilding, infrastructure development in the Arctic, logistics, new environmental technologies, as well as the construction of northern ports and transport communications in arctic and subarctic conditions, security, monitoring and creation of alert systems.