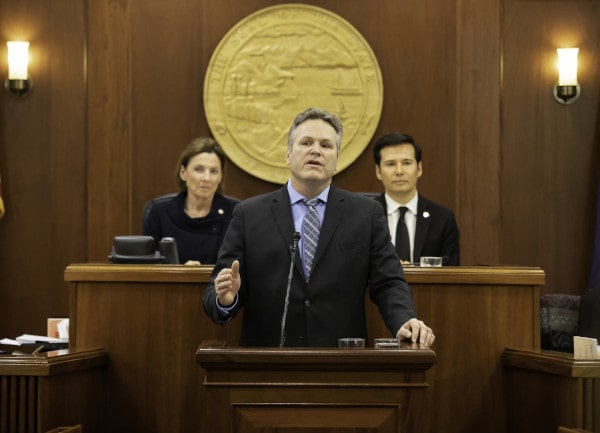 Alaska's new Governor Mike Dunleavy announced big budget cuts on February 13th that is bound to have great impact on Arctic Alaska and will deeply affect the educational institutions and inhabitants of the state.

An interesting article by Yereth Rosen from the news provider Arctic Today informs that “some of the deepest cuts are aimed at the University of Alaska, one of the world's premier Arctic research institutions. It would lose 44 percent of its funding.”

The budget proposal also proposes “to eliminate a $1 billion fund that subsidizes rural energy costs.” That is against what Dunleavy said during his campaign he then “said he would make no cuts to the Power Cost Equalization program.”

Further the article informs that “In a separate measure, Dunleavy is also seeking to strip municipal governments of the power to assess taxes on oil and gas properties. A bill he introduced, SB 57, would give that power to the state. The local government that would be most affected is the North Slope Borough, which spans much of Alaska’s Arctic and is home to most of the state’s oil fields. But Fairbanks and Valdez, communities that tax portions of the Trans Alaska Pipeline System, would also be affected, as would local government revenues from oil properties in southcentral Alaska’s Cook Inlet basin.”