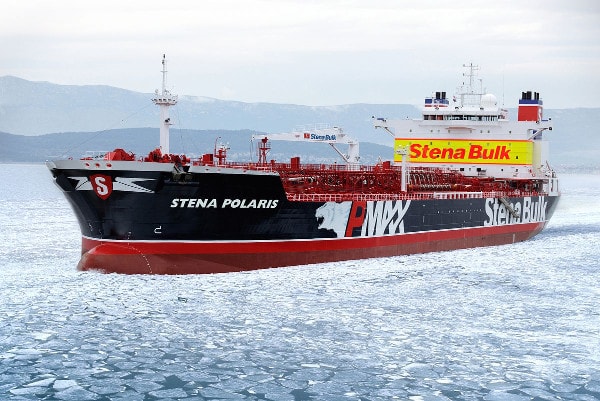 A South Korean shipping association has become the first non-Arctic member of the Arctic Economic Council, underscoring Seoul's efforts to establish an Arctic economic rim that would benefit the country's shipping and energy interests.

The Korea Shipowners' Association, a lobby group representing some 200 firms, was officially admitted to the group on Dec. 11, during the second annual Arctic Partnership Week in the port city of Busan.

Previously, the AEC had been made up exclusively of businesses from the eight Arctic Council member states. Some of its members include organizations from non-Arctic regions of these countries, but, by opening its ranks to members from non-Arctic states, the AEC is seeking to take advantage of a shift in global economic interest to northern regions.

"Linking the Arctic value chains to the global ones is important to the AEC. Therefore, our aim has been from the outset to include sub-Arctic partners in our word," Tero Vauraste, the AEC chair, said in a statement.

Including the Korea Shipowners' Association in the AEC, Vauraste said, adds a new dimension to the organization's work. For South Korea, being granted a seat at the AEC table supports the efforts Seoul has made in recent months to strengthen economic ties with the region, as well as to establish its shipping interests on the Northern Sea Route, north of Russia.

Until now, South Korean interest in Arctic shipping has been overshadowed by a rapid increase in the number of Chinese ships sailing on the NSR. But Korea, which was granted observer status with the Arctic Council in 2013, has long had an interest in taking advantage of the shorter distance the northern route offers.

In previous years, South Korean ships have sailed cargo to and from Russian ports on its Arctic coast. And in 2013, the Stena Polaris, a Swedish-owned vessel was chartered by Hyundai Glovis, a shipper, to ship cargo to from Europe to South Korea on the NSR, but it was not until this year that a South Korean vessel did so.

The South Korean oceans and fisheries ministry described the 35-day voyage from St Petersburg to the southern port of Gwangyang as "a lesson" for the country's shipping industry. The voyage, according to a ministry statement, showed the route itself has "a strong potential to grow into a huge cargo transport market" by cutting as many as 14 days off travel between Europe and Asia. But a lack of icebreakers – which added an extra five days to this summer's voyage – and imbalances in cargo flows detracted from its potential in the near term.

An increase in exports of Russian natural gas from newly opened Arctic facilities will result in an increase in the number of ships sailing the NSR, but they will do little to shift the imbalances.

Instead, Seoul is hoping to use its New Northern Policy, launched as a way to expand economic ties with its nearest neighbors, to push development of the NSR and gas reserves in the Russian north. In addition, Seoul has suggested establishing a free-trade area with the Eurasian Economic Union, a Russian-led group of former Soviet republics.

The idea, put forward last year and talked up as recently as November by Moon Jae-in, the South Korean president, is promoted as a way to give South Korea a "third route" for economic growth, in addition to its long-standing ties to the U.S. and Japan, and the more recently established connections with China.