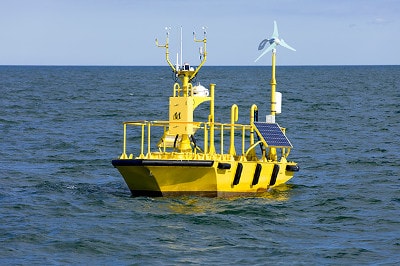 The start of production was timed to coincide with the official launch of YOPP in Geneva, Switzerland, on 15 May.

The dataset is intended to support YOPP’s goal of boosting polar forecasting capacity.

In addition to the usual forecast data stored at ECMWF, it will include additional parameters for research purposes.

These include ‘tendencies’ in physical processes modelled in ECMWF’s Integrated Forecasting System (IFS).

For example, the convection scheme or the cloud scheme in the IFS may adjust the temperature at a particular time and grid point by a certain amount.

“These tendencies are not normally stored,” says ECMWF scientist Linus Magnusson, “but they are important to understand what is going on in the model.”

Output from the ensemble control forecasts is used as the baseline because these are coupled atmosphere–ocean–sea ice forecasts.

ECMWF is not just contributing data to YOPP. It will also analyse the impact of additional weather observations to be made as part of YOPP.

During special observing periods, the number of weather balloon launches and buoy deployments will be increased, coordinated aircraft campaigns and satellite snapshots will be carried out, and new automatic weather stations will be installed.

“We can take these observations and test their impact on forecast performance,” Dr Magnusson explains.

He points out that the Arctic and the Antarctic are poorly observed regions.

“ECMWF forecasts would benefit from improvements in polar observing systems that may come about as a result of YOPP,” he says.

Improvements are expected not just in forecasts of weather and sea-ice conditions at the poles but also in weather forecasts for lower latitudes.

YOPP is an international effort involving many scientists and forecasting centres. ECMWF’s participation is funded through the APPLICATE project.

APPLICATE  is a four-year EU Horizon 2020 project which aims to study connections between the Arctic and the weather and climate in Europe, Asia and North America. It started in November 2016.

YOPP will run from mid-2017 to mid-2019. It is a flagship activity of the WMO ’s Polar Prediction Project, which is one of three main World Weather Research Programme projects running for ten years.