Examining the Human Impact of the Northern Sea Route 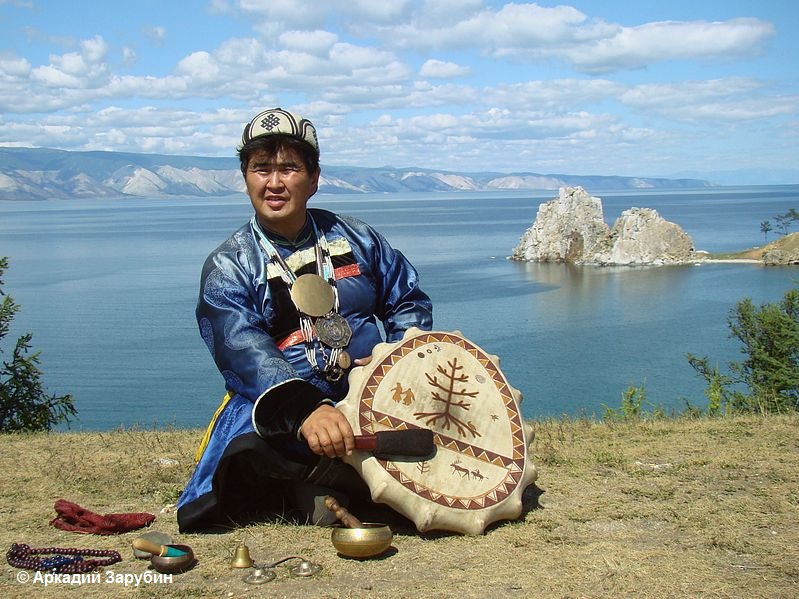 A research project is examining how the establishment of Russia’s Northern Sea Route has shaped the lives of residents along the country’s northern coast, amid the booms and busts of industrialization.

Most discussions about Russia’s Northern Sea Route focuses on shipping traffic and sea ice. However, an anthropological study is taking a different tack, by looking at how industrialization along the route has affected northern residents.

Connecting the ports of Norway and Japan, the Northern Sea Route (NSR) is roughly half the distance of the southern route between the same two destinations through the Suez Canal. This translates to a saving of around 10 days of travel and related fuel costs. However, the NSR is often impassable for parts of the year due to sea ice. As climate change claims more and more summer ice, though, the route’s navigational window is rapidly changing, and could potentially grow to six months of the year by the end of the century. Ice levels were at the second lowest yearly minimum on record during last September’s travel season, despite some areas holding more ice than normal, such as the Laptev Sea. For convoys equipped with icebreakers, it’s been a year of firsts for winter travel.

The Russian government celebrates the thaw as the beginning of a new era. For the respected Arctic anthropologist and research lead, Nikolai Vakhtin, it’s an era that must be studied. His latest project is a partnership between Tyumen State University in western Siberia and the European University in St. Petersburg. Vakhtin works out of the latter, in the same port city where Russia’s nuclear icebreakers are built (and recent birthplace of Arktika, heralded for her ability to slice through ice 4m/13ft deep). Soon, the team of 10 researchers will commence ethnographies in seaport communities along the coast of the Arctic Ocean from Murmansk in the west to Kamchatka in the east.

The Russian Arctic is a diverse region of roughly 2 million people, including settlers and members of some of the 41 groups represented by the Russian Association of Indigenous Peoples of the North, Siberia and Far East (RAIPON). Some communities share a long history of adaptation to change dating back to the frenzied fur trade of the 17th century. Other communities and cities emerged only in the 1950s. Still others, such as the coastal city of Khatanga near the coal-rich Taymyr Peninsula, are being repopulated by Indigenous peoples from surrounding communities following the exodus of settlers in the post-Soviet era.

The idea of the NSR dates back to the 16th century, Vakhtin explains, and its allure has persisted in step with dynamic military, economic and now climatic trends. The result is a region characterized by highs and lows, evidenced by modern hotels and abandoned infrastructure. As if following the jolting ups and downs on a heart monitor display, use of the NSR peaked in the late 1980s, then slowed significantly in the 1990s. It downturned in the years following the Great Recession of the late 2000s, experienced a short spike in 2012–13, then dropped once more in 2015. Part of this wild ride is due to the NSR’s diverse functions: global shipping route, strategic point of military control and facilitator of resource extraction.

On the shipping side, Sergey Balmasov from the Centre for High North Logistics explains that widespread use of the NSR is hampered by a host of restraining forces such as a slumped freight market, collapse in oil prices, icebreaker technology and seasonal navigation periods. If calculated solely based on ship movement from Asia to Europe without call to an NSR port, 19 vessels carrying around 200,000 tonnes were transported in 2016.

On the military side, it was during World War I that Russia began building infrastructure along the NSR to use as a blockade-free exit route, a trend that continued into the Cold War. Vakhtin explains that military motivations for development of the route persist, and though they fluctuate according to geopolitical tensions, it’s a powerful stimulant for economic growth in Arctic towns and cities.

But while the future of the Northern Sea Route as a global transportation corridor remains uncertain, its use as a route for moving Russian Arctic resources to eastern and western markets seems – for the time being – its most enduring material driver.

Although resource prices waver, extensive reserves of diamonds, nickel and liquefied natural gas (LNG) remain locked under the icy terrain, scraped free by glaciers. “Interest in the Arctic is rising: It is connected with the rise of extracting industries,” Vakhtin says.

Today, the NSR is used year-round by Nornickel, the world’s leading nickel producer, as it moves ore from Norilsk to processing plants in the Kola Peninsula. The Taymyr Peninsula holds significant coal deposits, while the Yamal Peninsula holds Russia’s largest gas reserves, propelling the construction of an LNG terminal and seaport in Sabetta. At least one platform for offshore oil extraction is in permanent operation in the Pechora Sea. For these industries, the NSR is an important route for raw building materials and supplies, Vakhtin explains. Though figures vary depending on exactly what movements are included, they totaled 6.9 million tonnes in 2016.

“Usage and viability of NSR as an export route to deliver natural resources out of the Arctic to the markets is on the rise for sure,” echoes Balmasov, who is also the head of the Northern Sea Route information office. (He adds that the route still has a way to go given the general lack of backup infrastructure such as shipment and repair docks, fueling stations and communication, rescue and navigation hubs.) Pressure to complete the $27 billion LNG plant in Sabetta is so great that a Netherlands-based cargo vessel just made history by sailing through the route during the winter months – albeit escorted by icebreakers – to deliver materials for its construction. Similarly, a convoy of vessels carrying supplies destined for port infrastructure in Pevek made history in January by traveling through the western portion of the Siberian coast in the cold of winter. They’ve been locked in ice, however, for a month in Chaunskaya Bay, awaiting assistance from a nuclear icebreaker.

For the many communities along this route, such as the Nenets who herd reindeer and the growing population of Khatanga, these economic and climatic changes are shifting perceptions and realities. It’s an environment ripe for study, and the need to know more about the local effects of development is the driver behind the archival work and ethnographies the team will be conducting within 10 selected communities along the route. “The balance between industrial development and its influence on the local population is an important question that requires extended anthropological research,” Vakhtin says.

“At present we can only say that NSR will influence both the life and the perception of the local people.” This, he says, includes both hopes and fears.