Vital Lessons From a Half-Century of Arctic Research 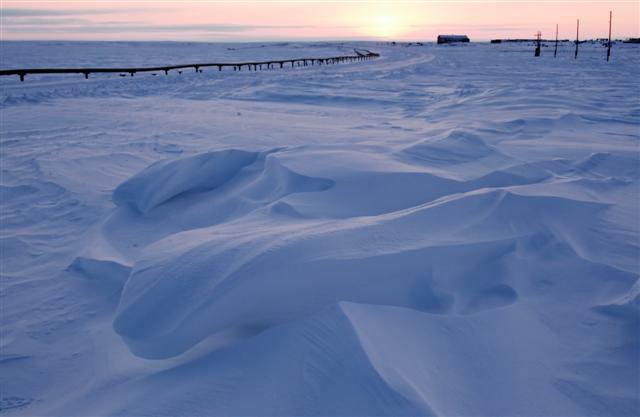 John England’s 50-year career has overturned assumptions about what the Canadian Arctic once looked like. As the region now undergoes dramatic changes spurred by climate change, his five decades of study have become an essential source of knowledge.

By studying the Canadian Arctic’s glaciers, shorelines and lakes, John England has spent his 50-year scientific career piecing together what the region looked like many thousands of years ago. It’s only with an understanding of this deep history that we’re able to put today’s fast-warming Arctic in its proper context.

He started his career as a “reasonably confused” teenager who landed a four-month research assignment on Baffin Island shortly after starting his university studies. He stepped aboard a DC-3 in Ottawa and, 16 hours later, found himself somewhere that, to his eyes, resembled something out of “Lord of the Rings.” “It was this spectacular landscape, like you just entered Mordor, something out of Tolkien: this big fjord, cliff walls, silent blue skies, snow and ice, and the fjord frozen this beautiful turquoise blue. The stillness and silence and the majesty of the place just pervaded every glance that you took.”

So started a love with the North that continues to this day. His research has spanned the Canadian Arctic archipelago – an area the size of Europe. This work helped overturn the long-held theory that large parts of the region remained ice-free during the last glaciation. He helped establish a national park along the top of Ellesmere Island. And the University of Alberta researcher has guided more than 100 undergraduate and graduate students to the High Arctic, helping to create a new generation of Arctic researchers.

England, now 70, received Canada’s prestigious Weston Family Prize for Lifetime Achievement in Scientific Research last week. It’s just the latest of a long list of accolades. Arctic Deeply caught up with him to discuss his work.

Arctic Deeply: What are some of the more dramatic things you’ve learned about the Arctic over your long career?

John England: Northern Ellesmere Island has some of the oldest sea ice on the planet, certainly in the northern hemisphere. These ice shelves are these thick, beautiful, spectacular aprons of sea ice that have remained attached to the shore for about 5,000 years. If you look at a satellite image, it looks like a washboard. The ridges are white and then the troughs between them are filled with the melt-water from the summer, it’s beautiful turquoise, and then they refreeze. There are 50 or 100 of these ridges and troughs that go in ribbons to the shore along the ice shelves, and the ice shelves are 40 meters (130ft) thick.

These are our Egyptian pyramids. They’re our dawn redwoods. And they’ve broken up enormously rapidly. They used to stretch along the whole northern top of Ellesmere Island – it was like the island would be a hinge, and this very thick sea ice floated. It went out about 10, 20, 30 kilometers (6-18 miles) when the explorers traveled along them in the early 1900s and described them. That beautiful apron has been just completely devastated during the 20th century, slowly picked away to about half its size by 1950. But since around 2000, they’ve been radically reduced to little remnants that now constitute about 300 square kilometers (116 square miles).
They’ve disappeared because the pack ice on the Arctic Ocean has been so reduced. It’s like you and I leaning shoulder to shoulder, and you get out of the way and I fly forward. The pack ice served that buttressing role for these beautiful, vast expanses of very permanent land-fast sea ice.

When they break off, pieces the size of Rhode Island break off, occasionally it gets in the news, and they take off and float around the Arctic Ocean. They’re the sumo wrestlers of sea ice, huge, ponderous things 20 kilometers in length and 10 kilometers wide, and Russians used them for Arctic drilling platforms in the Arctic Ocean. It was only in the late 1940s the U.S. Air Force and Canadian Air Force found out where they were from. You’d see it as like a big piece from a jigsaw puzzle. We’re in the process of these things disappearing.

Arctic Deeply: It’s been said your work has helped untangle what parts of climate change is natural and what’s human made. Could you elaborate?

England: Look at the removal of the ice shelves. I can say that’s unprecedented in the past 3,000 to 5,000 years. That’s not just them forming and disappearing a few times this century. That’s fundamental change. We can study satellite imagery back 40 years. That’s great and important and it’s dramatic, but I can say long before we had satellite imagery, the Ellesmere ice shelves were intact for the previous 3,500 to 5,000 years.

I can point to grizzly bears going across the tundra of Banks or Victoria Island, or up to Melville. No explorers or the oral tradition of Inuvialuit – nobody’s seen grizzly bears there before. It’s anecdotal, but it’s dramatic.
We were on Banks Island in 2015. I can go there and say, in 2007 we were traveling over a landscape, beneath which, about three feet or a meter below the surface, was a very expansive area of buried Laurentide ice. The Laurentide ice sheet retreated from Banks Island, heading back to mainland Canada, and it left itself, if you want, buried under one-third of the eastern side of the island, thousands of square kilometers. And most of that area was insulated from summer warmth by a sufficient thickness of debris, so the summer thawing would only go down half-way, a third, and never reach the ice.

Now that ice, which has been sitting there for 12,000 years, is melting out all over the place. It looks like the eastern one-third of Banks Island has been bombed. These big arcuate slumps are where you can see one meter of debris sitting over 10 or 20 meters of glacial ice, and it’s melting away. The overburden is moving down the streams as silty slurries that are turning the color of rivers from blue to brown and turning lakes brown. This is something that obviously survived previous warmings of the past. But there’s nothing in view of the scale of this melting that’s really comparable in the last 10,000 years.

Arctic Deeply: How will this impact people’s lives?

So the amount of energy now being absorbed by the ocean from solar radiation, versus being reflected by sea ice, is huge. We’re really talking about changes that are impacting the global energy balance. That means which way do storms go, where the jetstream goes. We’re talking global impacts, and they’re happening all over the place.

You could say that’s serious, but how serious? Well, what’s happening to glaciers in the Antarctic, Greenland, the Canadian Arctic, and so on, is raising sea levels. And the real wild card is what happens when we get rid of the floating ice shelves around Antarctica and Greenland? What happens when you get rid of those ice shelves that are holding back the interior ice is you accelerate the flow of the grounded ice from the interior into the ocean. There’s one going on right now in northeast Greenland that could potentially raise the sea level by half a meter this century.

So what about hundreds of millions of people who live within a couple of meters of sea level? We look at Syria and go, my goodness, look at the migration of people into Europe. It’s tiny compared to what we could see with the destabilization of human populations around the world with sea-level rises in this century alone.

We don’t know how much it’s going to raise. Half a meter? A meter? A meter and a half? We don’t have a clue. But what we’re seeing in the Arctic is certainly saying, if you’re going to do anything, at least plan in a conservative way that this could be a lot more than what we’ve accepted as a half-meter of sea-level rise.

Arctic Deeply: How has working in the Arctic changed how you see the world?

England: This is a place with solitude and silence and emptiness, and we live in a fragmented world – look at the news right now, look at our lifestyles, look at the tension we’re under – we’re just fragmented to distraction. And going to the Arctic places you in an environment that’s unique. It still has the integrity of its nature, its original purity, if you want, that’s undisturbed. And it’s a reservoir of opportunity where renewal can occur in any individual. This is something incredibly valuable that we have. This is something we should be tenaciously protecting.