In the recent years the Arctic has gained attention due to the changes in the climate and the affects it has had on the northern environment. What is, however, less talked about is the socio-economic reality that faces people in the Arctic societies, not only because of the climate change, but also because of globalization and changes in global market economies.

It is well known that the Arctic has enormous resources of oil and gas and for the past 30 years or so, the exploitation of the northern natural resources has become more feasible than ever before, which has accumulated the initiatives of so called megaprojects in northern areas. These projects are in most cases either financed by multinational corporation or they are state funded in a form of Crown corporations or other publicly owned corporations. They have been in most cases criticized of being environmental monsters destroying or creating a risk of demolition of large areas of nature around the project. In addition, the human impact of these activities has been criticized.

Even though these megaprojects – huge in scale, both environmentally and financially speaking – are in the first place designed to produce profit for the shareholders, they have been in many cases also beneficial for the local communities “hosting” the project.

Benefits of mega-projects in the north 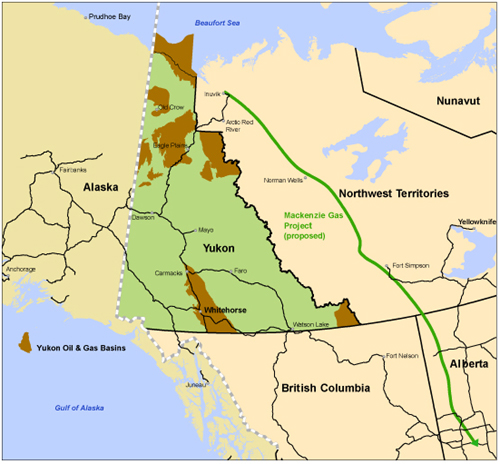 The largest expectations are in many cases directed to the possible employment the project will offer for the local people. In the construction phase, the project can provide significant amount of employment. In many small and remote communities, exactly unemployment is one of the major problems causing poverty and other social problems. When the construction phase is over, however, the employment opportunities also decline as low as to 150 persons for a large-scale industry, making the employment only short-term.

The Mackenzie Gas project is a good example of a megaproject where the local peoples of the area have had an immense impact on the project. Not only are they shareholders in the project through Aboriginal Pipeline group, but they are also participating in The Joint Review Panel for the Mackenzie Gas Project, which will assess the possible environmental and socio-economic effects associated with the proposed pipeline construction.

Third significant benefit is without a doubt the infrastructure that has to be built in and around the community to meet the needs of the project itself and the people who come with the project. Sometimes, these remote communities have not got the funding for necessary infrastructure because of their remoteness and low density in population, but since population growth - at least temporarily – is inevitable in connection with megaprojects the infrastructure has to be updated and developed.

Though there are some quite impressive benefits connected to the megaprojects, it must be said that the costs seem to be at least equally impressive.

Despite the scale of the projects, very little of the wealth seems to be left in the communities and the little that is left leaks in many cases back to south where it came from in the first place. Even though the local communities were

shareholders in the project, majority of the profit goes outside of the area with the multinational corporations. Further, to tempt the international corporations to invest in the project, some “carrots” need to be offered. They are many times in a form of tax reliefs leading to a loss of revenue for the territory. In addition, even though the migrant workers increase the local retail, the money spent does not stay in the community, since many of the products sold in the retails are manufactured in south and imported to the community. The increase is thus often only temporary, large amount of the work force returning back home as soon as the construction phase is over, or in two to four years.

Another quite impressive cost that follows megaprojects is the environmental damage the project causes, both to the environment itself, but also to the people who live from the land.

Many of the projects are situated on the traditional lands of indigenous peoples. In many places reindeer or caribou herding is still exercised making these lands very important for the survival of the herders. If the indigenous peoples do not have an ownership over the lands, they can either loss significant herding land or in extreme cases be forced to relocate as has been done in many oil and gas fields in northern Russia. In The James Bay project environmental organizations actually managed to prevent the construction of the second phase of the project by claiming that it would cause irreparable harm both to the environment and the peoples of the area.

In addition to the leakages of wealth and environmental damages, some argue that megaprojects are often connected with large social problems in the local communities. Factors like big salaries, large migration worker populations and restlessness that the workers experience in the periodical working situations away from home add to criminal behavior and drug and alcohol abuse, which in turn can cause social problems in the community.

As has been done in the Mackenzie Gas Project, the best way to mitigate the negative impacts of megaprojects on the local residents is to involve them in the project. Best way to do that is to include them financially as shareholders 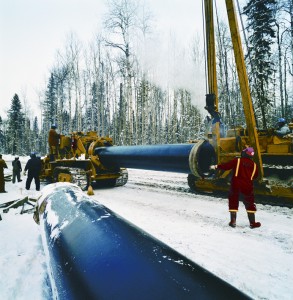 as in Mackenzie so that they not only can have their say in the preparation, but can also benefit financially from the exploitation of their lands.

In connection with the Mackenzie Project, both the local and federal administrators have gone even further by initiating a seven-member joint review panel to assess the potential impacts of the project on the environment and lives of the people in Mackenzie valley. What is quite progressive is that approximately half of the panel is composed of indigenous people’s representatives from their own societies, which without a doubt increases the value of the assessment.

The possible profit income for the society enables the local people to enhance their communal infrastructure by building necessary institutions and employing staff in areas where it is most needed in that particular community. In addition, many different kinds of educational projects could be connected to the megaprojects, especially in the construction phase, where young locals could be educated in carpentry, as electricians and plumbers, teachers, midwifes and nurses - providing the community thus knowhow locally which otherwise would be sought in larger cities. These educational projects could be used to mitigate the financial leakages that occur when services are bought from outside communities.

It must also be assured that tax revenues from the projects are used to benefit the local community, even though they would be collected by the province or territory. This requires special arraignments with the government, but should not be impossible to negotiate, especially in the light of the internationally recognized special rights of indigenous peoples.