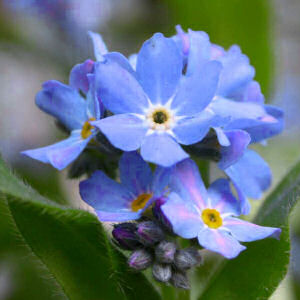 Traditionally, conservation and research activities for arctic plants have not been well coordinated in terms of common direction, concerns, reporting, and information exchange. Governmental and non-governmental groups have been organized bilaterally. Therefore, plant conservation and research activities have not had a fully circumpolar perspective.

During the next few decades the Arctic will be strongly affected by forces within and from outside the region, including the impacts of global climate change, resource development, changes in numbers of wildlife species, increases in permanent residents, and burgeoning tourism.

The relatively simple and often fragile arctic ecosystems are dramatically altered through changes to the species composition of the vegetation, destruction of wetlands, and thawing of ice-rich permafrost, as well as through feedbacks of these effects to global hydrologic and atmospheric systems. To preserve plant diversity, conservation programs must be guided by the biological requirements of species and ecosystem components as biological diversity ensures a healthy biosphere.

With the creation of the CAFF Flora Group (CFG) within the Conservation of Arctic Flora and Fauna (CAFF) of the Arctic Council, it is ensured that scientists, conservationists, and managers interested in arctic flora and vegetation have a forum to promote, facilitate, and coordinate conservation, management, and research activities of mutual concern. Conservation of rare and endemic arctic plants is one of the roles of Caff Flora Group. Adequate knowledge of all plants present in the Arctic and their distribution within the Arctic is a prerequisite for satisfactory preservation of arctic diversity.