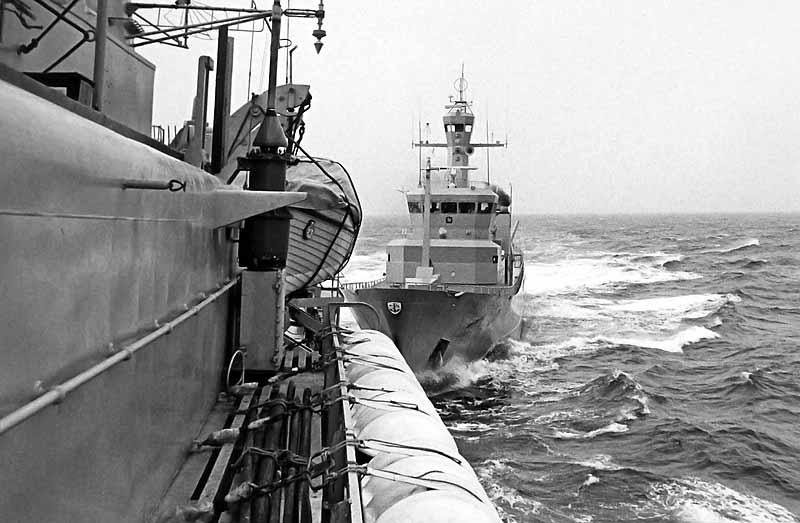 The first dispute was in 1950. The territorial waters were moved up to 4 miles much to Britain’s annoyance since they utilized the Icelandic fisheries. Because of the four mile limit, they could not fish as much as before. This decision created a lot of conflict and Icelandic fish was banned from England, up until 1956 when the dispute ended.

The second dispute was in 1958. The territorial waters were moved to 12 miles according to the United Nations Geneva Convention on Law of the Sea. Britain was again furious, sending the vessel HMS Russell to Iceland.

It’s captain accused the captain of Icelandic coastal guard vessel Ægir of trying to sink the vessel. Protests were held in Reykjavik against Britain were held but the dispute ended in 1961.

The third dispute was in 1972. Iceland would yet again move its territorial waters, not up to 50 miles. And again the Brits were unhappy, sending army vessels to Iceland to protect the British boats, who were fishing within the 50 mile territorial zone.

For the first time the Icelanders used a new weapon they invented themselves.

On September 5th 1972 the Icelanders encountered an unmarked trawler fishing northeast of Iceland. The captain of the trawler refused to divulge the trawler's name and number, and, after being warned to follow the Coast Guard's orders, played Rule Britannia over the radio.

The net cutter, 290 meters in length, went behind the patrol vessel, sliced one of the trawling wires. As Ægir came about to circle the unidentified trawler, its angry crew threw coal as well as garbage and a large fire axe at the Coast Guard vessel.
A truce was made in 1973.

The fourth dispute was in 1975 when Iceland moved its territorial waters up to 200 miles. Britain refused to oblige and kept fishing in Icelandic waters. Only 24 hours after the law passed Iceland used the wire cutters again, now on Primella trawler from Hull.

The disputes were getting dangerous and Britain kept sending navy vessels to Iceland which instead used their wire cutters.

After the nations met in Oslo in 1976 the disputes finally ended.

Iceland had many good weapons which led to them winning all the battles.

Firstly they could point out that if Britain would break any laws Iceland would resign from NATO and therefore dismiss the US Army from Iceland. That was a strong weapon.

Secondly the laws were in favour of Iceland and many supported the small nation against the big old empire.

And lastly it was clear that Britain could not use army vessels to protect their trawlers when fishing forever.