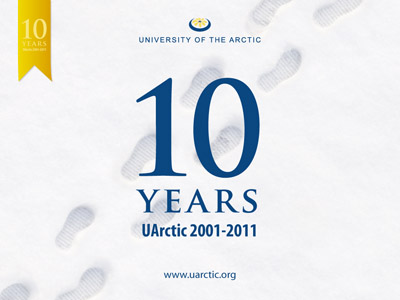 The University of the Arctic has released a statement following the decision by the government of Canada to cut its funding.

The detailed statement quotes its president Lars Kullerud, stating the decision is regrettable, and it means that "at least two of UArctic’s signature programs – the Circumpolar Studies undergraduate program and the north2north student mobility program – now face significant challenges."

Here is a statement, in full, from the University of the Arctic:

The recent decision by the Government of Canada to dramatically cut funding to the University of the Arctic will have a impact on not only  the ability of Canadian students to participate in UArctic programs,  but also thousands of other students around the circumpolar world who  benefited from them. UArctic has already taken steps, however, to  ensure the continuity of service of programs like Circumpolar Studies. The undergraduate program Circumpolar Studies has a unique history, in  which Canadians and Canadian institutions have played a key role.

The curriculum was developed through the collective efforts of scientists, indigenous experts, and academics from across the circumpolar region who shared a vision that northerners should have a common understanding of the region that derives from their own perspectives, rather than from southern capitals. Much of this work to first develop, and later collective efforts to ensure update and further strengthen local input and quality, has been supported by the Government of Canada, and led by the University of Saskatchewan for UArctic members.

The value of the work done in Canada can be seen clearly across the  pole in places like Bodø, Norway, Fairbanks, Alaska, Prince George, Thunder Bay and Nunavut in Canada, Rovaniemi, Finland and Yakutsk,  Russia where students who live and study in the North are taught the same Circumpolar Studies Program. At the Northeastern Federal University in Yakutsk, Russia, for example, every first year student  takes BCS100 – Introduction to the Circumpolar World – which resulted  in over 3000 students there learning from the same material as their  colleagues in Canada, Alaska, and the Nordic countries.

According to Hesseln, the root of the funding decision does not lie in any ill will on the part of the federal or territorial governments, nor certainly from any of the participating institutions, but rather from differing visions of how higher education in Canada’s territorial North should be developed. UArctic President Lars Kullerud agrees, stating that “Canada should pursue a physical university north of 60° – as exists in every other circumpolar country. The experience in other Arctic countries has shown that the best way for northern universities to demonstrate their value and deliver quality and relevant education is through cooperation in the University of the Arctic network. The vast majority of UArctic activities are led by institutions north of 60°. That some in Canada see these options as mutually exclusive has had the unfortunate effect of disrupting agreement between the territorial and federal governments that was the key to ongoing financial support for UArctic in Canada.”

The UArctic International Academic Office (IAO) at Northlands College in LaRonge, Saskatchewan has worked closely with the Undergraduate Office to track students who complete the necessary requirements to earn a ‘Confirmation of Completion’ in Circumpolar Studies. To date, 174 students have graduated with a completion document, including fourteen from Northlands College itself.  Glenys Plunz, Director of IAO, has seen the impact of these graduates up close in her own community in northern Saskatchewan. Plunz notes that, “the significance of the Circumpolar Studies to a student from a small northern community is immeasurable, not only because of the academic achievement, but because the program has special relevance to them as northerners. Such offerings are equally relevant to the provincial North as for the territories.”

Key to the success of these ‘circumpolar classrooms’ is the north2north mobility program. Lakehead University in Thunder Bay, Canada has helped coordinate Canadian students to go on student exchanges through north2north to Russia and the Nordic countries.  Lakehead professor Chris Southcott explains, “Canadian participation in north2north is key to the whole program, as it is based on exchanges between different regions of the Circumpolar North. Without  the resources to send a Canadian student to Iceland or Russia, it  becomes difficult for Canadian institutions to accept reciprocal exchanges from partners in those countries.”

Figures from north2north exchanges back Southcott’s assessment, with Canada being the destination of choice for a quarter of all north2north students in 2010.  The elimination of mobility funding in Canada is especially unfortunate when many of Canada’s fellow member-states in the Arctic Council are making student and faculty exchanges an important part of their respective Arctic strategies. A Canadian student who has participated in both programs directly attributes his UArctic experience to his ability to secure his current job as a research analyst in the Canadian North. Harry Borlase, originally from Labrador, explains, “UArctic programs like BCS and north2north combine classroom learning with real life northern living.

It's exactly that combination that paints the big picture and prepares  you for your working career in the North.” UArctic President Lars Kullerud concludes, “The funding decision from Canada is regrettable, and means that at least two of UArctic’s signature programs – the Circumpolar Studies undergraduate program and the north2north student mobility program – now face significant challenges. However, UArctic is a circumpolar community of institutions  committed to cooperation in northern higher education, and will do all it can to support education opportunities in the North. Our Canadian members remain committed with their own resources to continue to be strong partners in this work while we wait for a resolution of the funding impasse in Canada."

The University of the Arctic is a cooperative network of over 130 universities, colleges, and other organizations committed to higher education and research in the North. Our members share resources, facilities, and expertise to build post-secondary education programs that are relevant and accessible to northern students. Our overall goal is to create a strong, sustainable circumpolar region by empowering northerners and northern communities through education and shared knowledge.