A new report on the deep seas 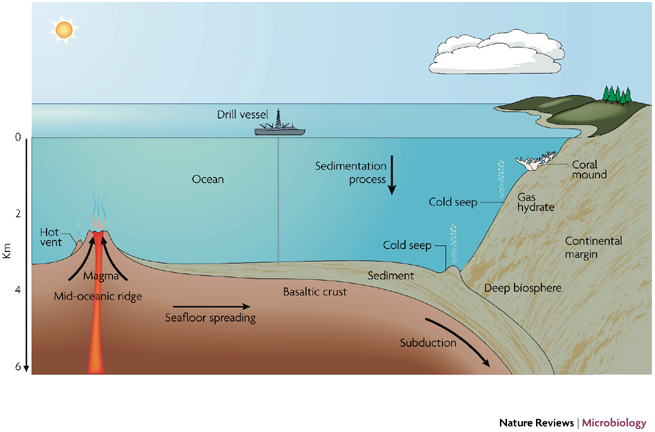 Human actions have had adverse affects on the Arctic, even its deep sea ocean bed. A new report warns that better care needs to be taken of this vastly unknown area.

It has been said that humans know less about the deep sea bed then the dark side of the moon. The average depth of 3.8 kilometres makes access for exploration inhospitable and only a handful of the approximately 326 million square kilometres deep ocean bed has been explored.

“The main problem is that we still know very little of what we call the deep sea, making it difficult to evaluate accurately the real impact of industrial activities, litter accumulation and climate change in the deep sea habitats,” says the team conducting the deep sea project for the Census of Marine Life.

The report, published in the journal PLOS One says that after dumping waste in the oceans for centuries, humans have introduced invasive species from one hemisphere to another. Climate change has also begun to alter the basic chemistry of marine life with dramatic increases in the concentrations of dissolved CO2 and overall world temperatures.

The report: Man and the Last Great Wilderness: Human Impact on the Deep Sea

It also reports that those who want to exploit the oceans must realise that their explorations and actions have consequences. But although human actions can have adverse effects, climate change will be the main factor in the future.

“We predict that from now and into the future, increases in atmospheric CO2 and facets and consequences of climate change will have the most impact  on deep-sea habitats and their fauna,” the report states.

Finally, the report says that extracting methane hydrates from the seafloor could be more complicated and ecologically sensitive than first thought.

“Most gas hydrates are buried beneath a thick sediment cap on the sea floor below 250 (meters),” the authors wrote. “In places where gas hydrates intercept the sediment surface … methane seep ecosystems are well developed. Should mass extraction of gas hydrates become a reality, many methane seeps might become subject to disturbance more significant than that of oil and gas extraction.”

The report: Man and the Last Great Wilderness: Human Impact on the Deep Sea