Rowing to the Pole 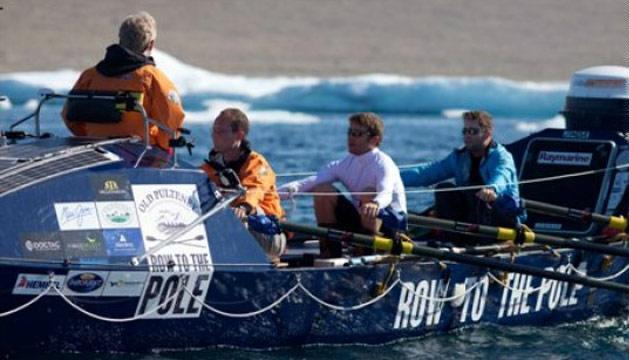 Arctic adventurist Jock Wishart is trying to make history by rowing to the magnetic North Pole. A crew of six started their journey in the beginning of August and anticipates rowing around 450 miles in a race against time - their route will freeze in September.

They are on board a specifically designed boat seen on the picture. They will sail through Canadian waters to the Pole.

The CNN reports the crew will row for around 18 hours a day.

"This is probably one of the most difficult exercises ever done in the polar region since (Edmund) Hillary took tractors across Antarctica. It's no light feat and it's no job for the faint-hearted,” Wishart told CNN.