The seventh The International Congress of Arctic Social Sciences a success 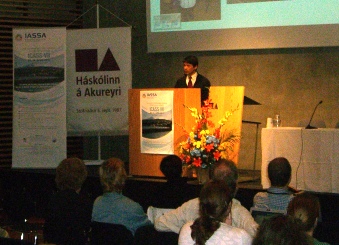 The seventh The International Congress of Arctic Social Sciences (ICASS) that was held in the town of Akureyri, Iceland the days of 22nd – 26th of june is thought to be a great success.

The theme of the conference, Circumpolar Perspectives in Global Dialogue, referred to the inter-linkage of worldwide environmental changes to the development of Arctic societies. The theme also referred to the fact that the Arctic is not just an empty wilderness with endless access to resources but an area inhabited with people that have to endure and adjust to environmental changes in their society.
The conference hosted 10 sessions with 380 lectures about emerging social and cultural issues regarding the Arctic.

During the Conference, an election was made about the location of the eight ICASS and the secretariat. It was decided that the ICASS VIII will be held in 2014 in Prince George, Canada. The IASSA secretariat will be located at University of Northern British Columbia (UNBC) in Prince George. Professor Gail Fondahl, University of Northern British Columbia, Prince George, Canada, has been elected new IASSA president for the term 2011-2014 and will take over as IASSA president September 1, 2011. 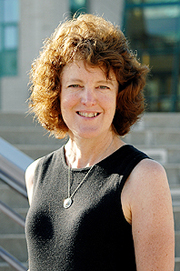 After the announcement of the location of the new secretariat, an election for IASSA council was held. Eight councilors were elected, and Gail Fondahl was announced new president by the newly elected IASSA council.

There are nine councilors on the newly elected IASSA council: eight councilors were elected by the General Assembly; and IASSA President Joan Nymand Larsen (2008-2011) continues on the IASSA council as past president (ex-officio).