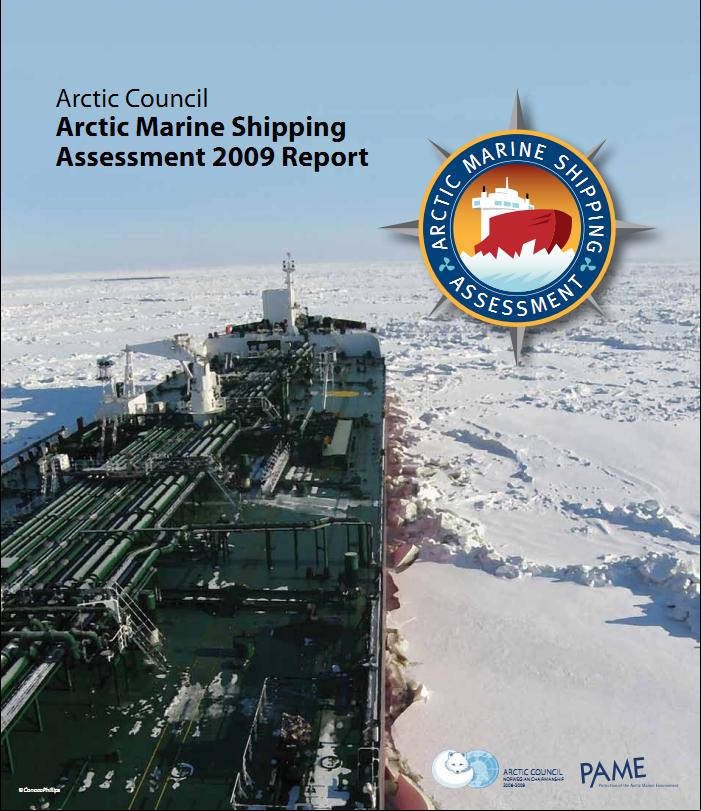 The AMSA report (2009) is the leading source of information about Arctic shipping today. The Arctic Council decided in November 2004 at the ministerial meeting in Reykjavík that a comprehensive Arctic marine shipping assessment was necessary.

The Protection of the Arctic Marine Environment (PAME) working group was in charge of creating the report with the assistance of more than 185 experts from a number of organizations.

The AMSA report was approved at the ministerial meeting Tromsø meeting in 2009.

This report is one of the key sources of information for the AP shipping portlet as well as a key document for anyone interested in Arctic shipping.

The possibility of a Trans-Arctic shipping route has intrigued seafarers since the days of the first Arctic explorers, as it would shorten the distance between the Pacific Ocean and the Atlantic Ocean significantly and shorten trade routes.

This possibility still intrigues various stakeholders and is an issue that has received significant media coverage. Although some people consider this option not the most dominant issue in Arctic shipping today, Trans-Arctic shipping will probably become a reality during the 21st Century due to decline in sea Ice.

How and when this will happen is hard for scientists to predict. It is estimated that we will possibly see an ice-free arctic ocean for a short period annually as soon as 2015, but conditions that would make regular Trans-Arctic shipping a viable option are harder to predict. There are numerous factors that will have to be taken into account such as the lack of infrastructure; technological advances in ice strengthened cargo ships, pressure to develop alternative shipping lanes due to pressure on existing lanes such as the Panama and Suez canals will all play a role in the development of Trans-Arctic cargo shipping. 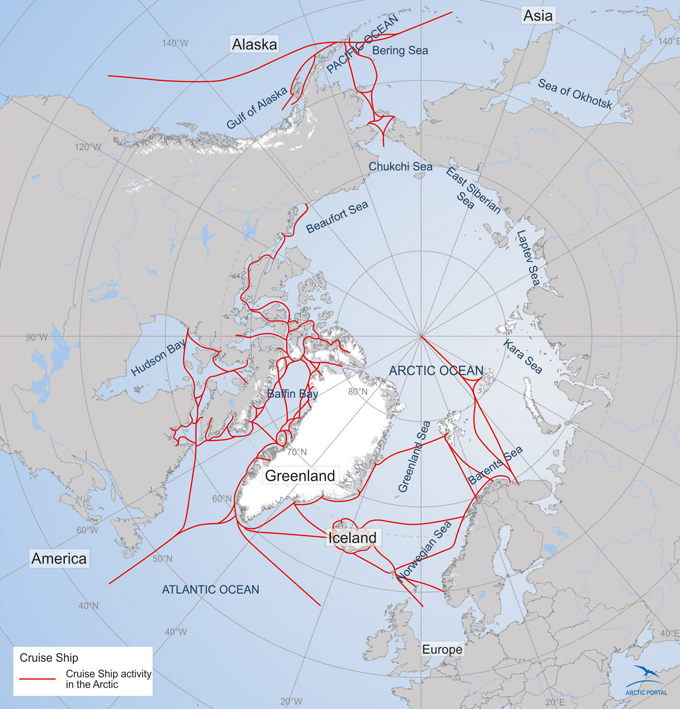 During the year 2004, about 6000 vessels navigated the Arctic, many making multiple voyages operating in their operations. Virtually all shipping in the region is destinational, conducted for community re-supply, resource oriented or connected to tourism.  There has been a significant increase of cruise ships in the Arctic, were the majority is not specifically built for navigation in Arctic waters. These ships may have significant effect on wildlife, as the purpose of these voyages is to seek places of special interest such as wildlife refuges.

There are a number of ways that a cruise ship can cause harm to delicate areas in the Arctic. It includes; noise, air and ocean pollution and inappropriate behavior of passengers ashore are the most prominent impacts. Sewage is also a major concern whereas an average cruise ship produces more than 95.000 liters of oily bilge a week, which can increase chances of accidental spillage or leaks.

Additionally there is an increased security risk involved for passengers if a cruise liner would need immediate assistance. Search and rescue resources are limited in the Arctic with a tighter timeframe due to challenging surroundings.

These are among the key issues that need to be addressed in connection to shipping activities within the Arctic.