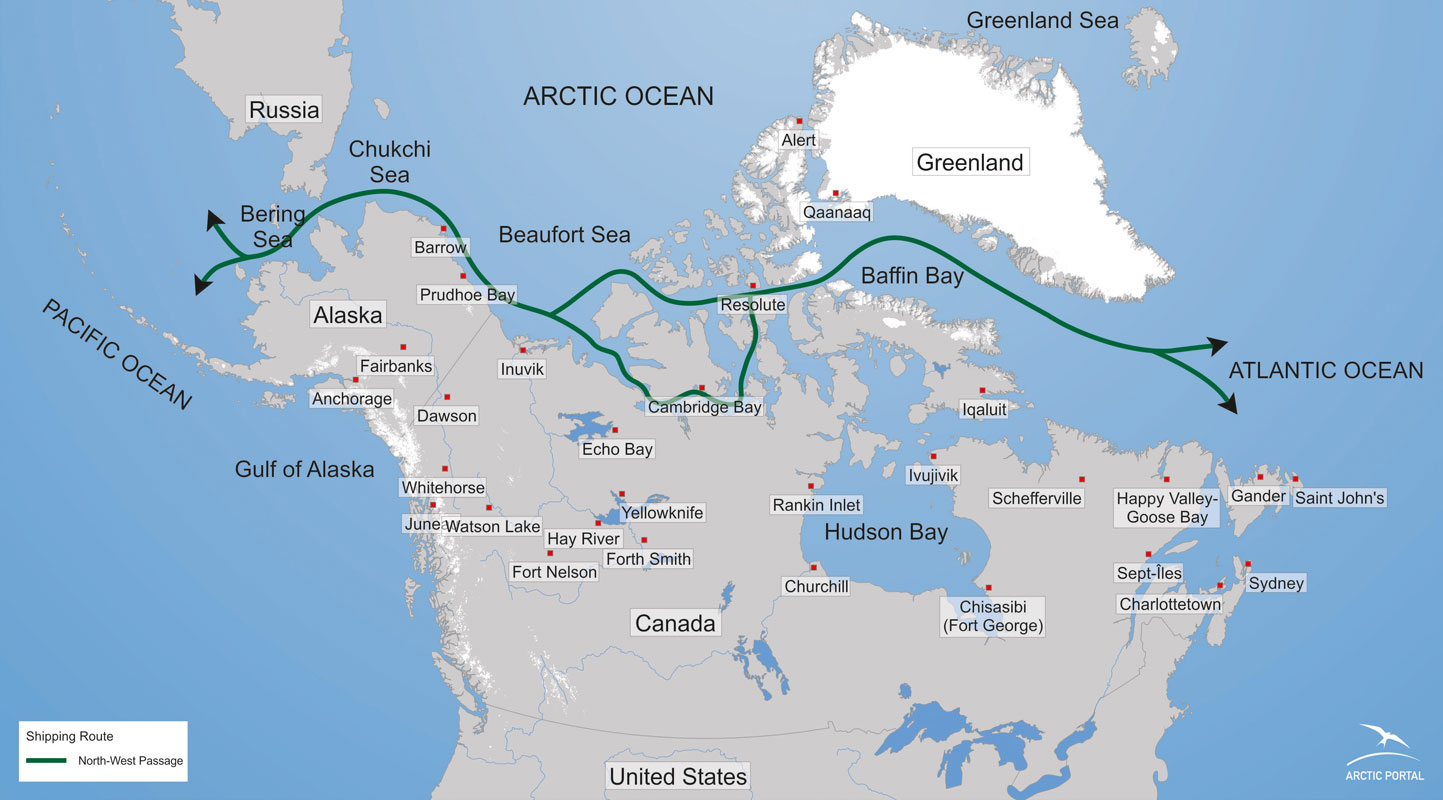 The Northwest Passage is first and foremost considered to be continuous passage between islands and the continental mainland of Canada rather than an actual shipping route.

The Passage represents a potentially attractive and valuable commercial shipping route if it were to become more accessible for navigation and at a longer period of the year. In reality, it is a series of passages trough straits of the Arctic Archipelago.

However some straits are more feasible than others due to the formation of the land under water.

As with the Arctic itself, the status of the Northwest Passage was given limited attention until the latter part of the 20th century. The reason for that, as with other ice-covered areas of the Arctic, is that no particular interest was shown to utilize the route for transport and the conditions were thought to be dangerous. The tables have certainly turned and the Northwest Passage is now seen as a revolutionary opening for large scale transportation by ships from the North Pacific to the North Atlantic Ocean.