Polar Points No. 18 - Mitigating Transboundary Risks in the Bering Strait 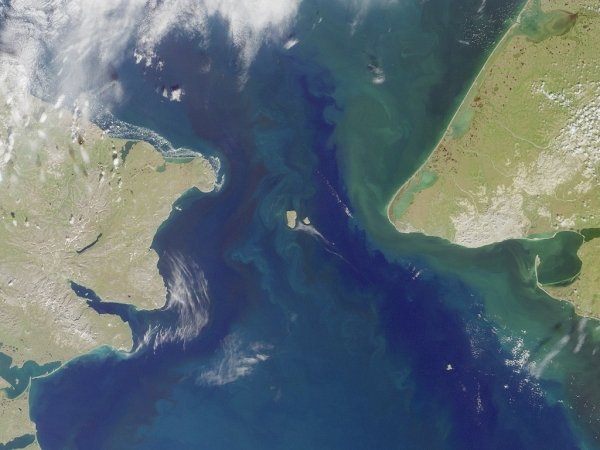 The Bering Strait – a roughly 53-mile-wide strait between the Russian Far East and Western Alaska – is an “international gateway” for ships and marine life alike.

Though historically mediated by bilateral cooperation between Russia and the United States across their shared maritime boundary, Russia’s increasing isolation has made cooperation in resolving shared maritime traffic risks more complex in this emerging environmental and maritime “chokepoint.”

The loss of sea ice has made Arctic waters more traversable, increasing maritime traffic, especially along Russia’s Northern Sea Route (NSR). The NSR runs the length of Russia’s Arctic coast and carries resources, like liquified natural gas (LNG), produced in the Russian Arctic. Shipping activities pose complex risks to marine life and communities on both sides of the Bering Strait. Risks include pollution by fuel oils or cargoes from groundings or collisions, marine mammal disturbance or displacement from vessel noise, vessel strikes on whales and seabirds, risks to human life, introduction of invasive species, and more. These dangers are compounded by rapid climate change in the region.

Mitigating these transboundary risks is vital for the livelihood of the Bering Strait’s marine ecosystem and coastal communities. With the geopolitical climate and reality that the Arctic is warming at four timesthe global average, new solutions are needed to buy down risk in the region. According to a report from WWF, potential tools might include dynamic shipping measures tailored to vessel size and class, which would reflect weather conditions, seasons, and wildlife migration patterns; in addition, the establishment of an Area to Be Avoided (ATBA) would help route vessels away from sensitive areas. Regulations around vessel discharges, including ballast water and gray/black water would also protect sensitive areas. Other experts have noted the potential for establishing a Particularly Sensitive Sea Area (PSSA) in the Bering Strait as another protective measure.

The Bering Strait is considered a “highway” for marine wildlife: thousands of whales, ice seals, walrus and seabirds migrate through the Bering Strait every year to reach breeding and feeding areas. These  patterns are integral to the subsistence-based lifestyle of coastal communities, including the Siberian Yupik, Central Yupik, Chukchi, and Inupiaq people whose cultural and food security is grounded in the diverse ecosystem of the Bering Strait. However, climate change is drastically impacting the Bering Strait ecosystem.

Ship transits have multiplied in the Bering Strait due to climate-driven loss of sea ice.[1] In 2009, 262 transits were made, in 2021 this number doubled to 555 transits.[2] These ships include oil tankers, local delivery barges, freighters and LNG tankers.[3]

Projections made before Russia’s invasion of Ukraine indicate that NSR traffic will reach 150 million tons by 2030 and 220 million tons by 2035. The total volume in 2021 was 34.9 million tons. [4] While Russia’s ambitions for developing the NSR are complicated by its war in Ukraine, Moscow has not renounced these shipping objectives and is attempting to pivot to Asian partners to provide capital and markets for its Arctic resources. As a result, the potential for an environmental disaster in the Bering Strait may continue to grow.

Further, the Bering Strait is an international strait, posing layers of complexity to the region’s governance, especially as maritime transits rise in the coming years.[5] As an international strait, all ships are permitted the right of transit passage. Voluntary shipping lanes were established by mutual cooperation between the U.S. and Russia via a 2018 joint proposal to the International Maritime Organization (IMO). The proposal set up two-way shipping lanes in the Bering Sea and into the Arctic Ocean. These measures are permitted under the UN Convention on the Law of the Sea (UNCLOS) in order to promote safe passage. Given that the Bering Strait is shared between the U.S. and Russia, with the maritime boundary line running down the middle, the two states are obliged by UNCLOS to work together on ship traffic management.

With Arctic waters becoming increasingly navigable, shipping activity will increase in the future. Safety planning, data collection and preventative measures are of key importance to protect marine ecosystems and adapt to the changing reality of the Bering Strait. Though the invasion of Ukraine has hampered Arctic cooperation as a whole, nature cannot wait.

While the U.S. and Russia will still work together in the event of an emergency via ongoing agreements between the coast guards, more is needed to build resilience in the region and buy down environmental risk. There are practical measures that can be implemented without Russian cooperation to better preserve the Bering Strait.

From a U.S. perspective, working with other important partners, including local Indigenous communities, Canada, NGOs, the State of Alaska, and industries, can help enhance domain awareness and coverage in the Bering Strait area. The U.S.’ updated National Strategy for the Arctic Region highlights the need for “close partnership[s]” in order to “deploy evidence-based decision-making.” Utilizing these partnerships, along with investing the time and resources into data networks in the Bering Strait, will make the region safer for future disasters.

Moreover, increasing protective measures, like discharge controls, ATBAs, or dynamic protection measures, are important in light of the double risk burden on the region: the rapid and escalating effects of increasing shipping and climate change. The 1989 Exxon Valdez oil spill in Alaska is proof that failing to act will lead to drastic environmental consequences.