Bitcoin is a pollution-creating mess 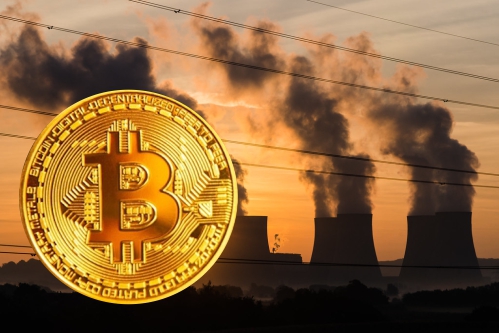 Few statistics on the environmental impact of Bitcoin mining

In an article on CNN Business written by Jon Sarlin “Bitcoin is a pollution-creating mess”. Despite efforts to make the energy-intensive mining process friendlier to the environment, it has grown significantly more reliant on fossil fuels over the past year.

China's cryptocurrency mining ban in the spring of 2021 significantly worsened Bitcoin's environmental impact, according to a new research on mining published in Joule. It is because Bitcoin miners were tapping into a significant amount of Chinese hydropower which suddenly evaporated when China made mining illegal, said Alex de Vries, one of the study's authors and a researcher at the School of Business and Economics at the Vrije Universiteit Amsterdam.

Mining Bitcoin each year produces as much pollution as Greece created in 2019, the study found. A single Bitcoin transaction results in the same carbon footprint as a traveler flying from New York to Amsterdam.

"After China banned Bitcoin mining, everyone was expecting it to become more green, but we are somewhat surprisingly seeing the opposite happening." said de Vries. "A lot of the hydropower these miners got previously in China has now been replaced with natural gas from the US."

Bitcoin mining is still booming in the United States. According to the study, many of the American Bitcoin mines are powered by natural gas and coal. Kentucky now offers subsidies to crypto miners, looking to attract business for the state's coal industry.

Kazakhstan has also become a destination for Bitcoin miners. According to the study, the country's electricity grid is reliant on hard coal, which is even more polluting than the coal used in China.

The hydropower behind China's Bitcoin mines was often held up by cryptocurrency advocates to rebut criticism about the technology's environmental impact.

In May, Coinbase — one of the largest cryptocurrency marketplaces — published a "fact check" citing China's hydroelectric plants in trying to undermine the idea Bitcoin contributed to climate change.

Coinbase did not respond to CNN's questions on whether it stood by its fact check in light of China's cryptocurrency crackdown, but said in a statement it believes "the industry is innovating at an encouraging pace to solve these challenges... Community-led change is possible and crypto can be part of the fight against climate change if we come together to solve these challenges."

What is Bitcoin Mining?

In short, Bitcoin mining is the process of creating, or ‘winning’, new Bitcoins by solving increasingly difficult mathematical puzzles - a process called proof-of-work (PoW). While at its beginnings these puzzles could be solved with normal computers (CPUs), Bitcoin’s creator, Satoshi Nakamoto, designed a system where over time, as competition for Bitcoin mining grew, the mathematical puzzles would become more difficult to solve. Therefore, over the past decade, as the price of Bitcoin - and the possible profit from mining them - has skyrocketed, better technology has become indispensable to solve these puzzles.

Miners now use specialised computers, called ASIC systems, that are much more efficient per attempt (or hash) of the puzzle - therefore increasing the likelihood of being the first to solve the puzzle and reaping the newly mined Bitcoin, but also increasing the amount of energy required to power these computers.

ASIC systems, although more energy efficient than normal computers, require more electricity since they are typically kept running incessantly, and also require energy to cool down the hardware to prevent from overheating, either with internal fans or with air conditioning.

How long does it take to mine one Bitcoin?

The answer to this question is not as straightforward as one might think as the procedure is becoming more complex and requires so much processing power.

However, there is a Bitcoin mining calculator called the NiceHash calculator that may help you better understand. It will not tell you directly how long it will take to mine 1 Bitcoin but there is an easy way to find out. Go to the calculator, select which mining rig you’re going to use and then increase the number of devices until you can see that you’re earning 1 Bitcoin per month.

For example, based on the current hash rate it would take fourteen S19 Pros to mine 1 Bitcoin per month. Or, put differently, one S19 Pro could mine 1 Bitcoin in 14 months (not accounting for a rise in hash rate over time).

This calculator is the easiest way to figure out how long it will take you to mine 1 Bitcoin.