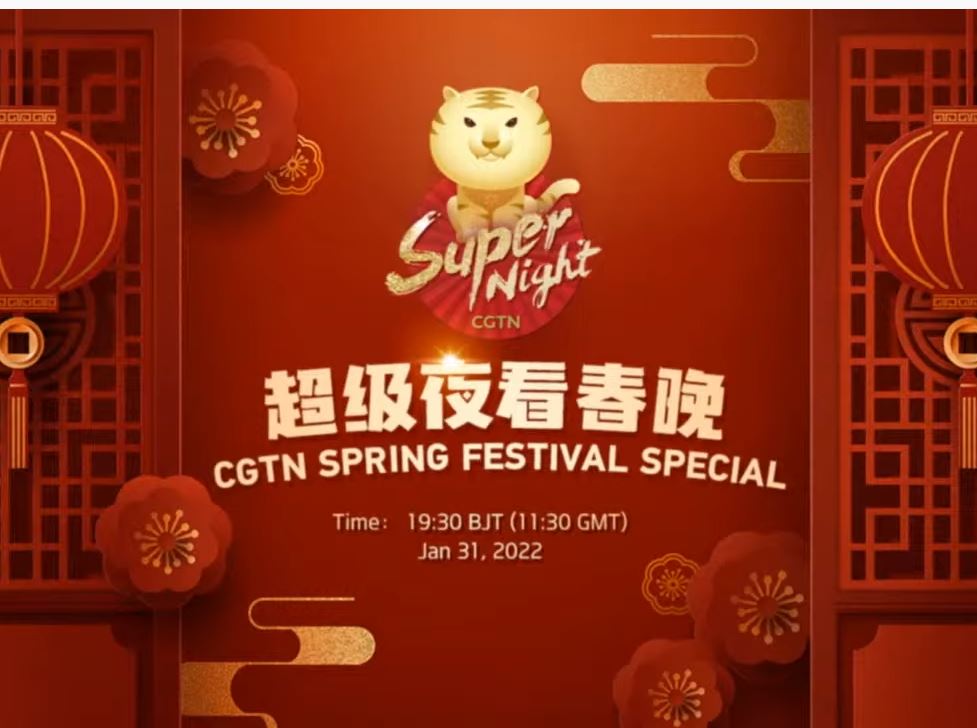 The Spring Festival is an annual event held in China and in Chinese communities around the world. This massive event takes place on different dates each year, but it typically begins during the beginning of February and continues until the middle of the same month. This year the festival is from 31 January to 6 February, with the New Years day being the first of February.

The date changes for the Spring Festival are attributed to the fact that the holiday is based off of the lunar calendar instead of the solar calendar. This is a time of the year that is characterised by happy gatherings and close family interaction. The Chinese Spring Festival has an extensive history that represents the rich culture of the Middle Kingdom.

To mark the Year of the Tiger, CGTN is hosting its very first Spring Festival special "SuperNight" gala on the eve of the Lunar New Year. The Spring Festival Gala is a symbolic part of the celebrations, and since it was first held in 1983, it has become a must-watch program for Chinese people all over the world. The hour-long extravaganza features songs and a multitude of performances aimed at entertaining millions of Chinese families at New Year.

The Chinese Spring Festival dates back to the beginning of the Shang Dynasty about 4000 years ago. During this time, the Spring Festival began as a tradition of respect to ancestors and deities during the close and beginning of years. In order to prepare for this festival, people clean every part of their homes and bodies. This ritual of spring cleaning is a tradition that continues in most parts of China even in today.

Deity worship is also carried out, but to a lesser degree than it did in China’s past. This is now closer associated with holiday tradition than it is with actual religious practice. When China’s economy became heavily involved in agricultural production, the Spring Festival began to be celebrated for the incoming warm weather and planting of crops.

In addition to the celebration of deities and ancestors, there are also legends and wise tales linked to the celebration of the Spring Festival. The most popular tale is about the nian (年) monster and the closing of the year. According to Chinese legend, the nian was a beast that devoured animals and humans for every day of the year. After it was discovered that the yearly monster could be driven away with the color red, people used red excessively for the first two weeks of the new year. Red is now a lucky color that is used in clothing and fireworks during the Spring festival. The color red is expected to drive away the nian monster and bring good fortune for the year ahead.

In addition to using red in clothing, decorations, and fireworks, there are also many other traditions associated with the legends and history surrounding the Spring Festival. In accordance with cleaning the home and body, new clothing is often bought prior to the festival. Family elders also give children money in a red purse or envelope. In return, children show great respect and appreciation to the elders and ancestors.

There are a few things that are forbidden during the Spring Festival. In general, people are not allowed to speak of illness, death, or other things with a negative connotation during the beginning of the new year. It also forbidden to use the unlucky number four, or si (四) unless it is absolutely necessary. When spoken, four sounds similar to the word for death, so it is considered to be an omen for misfortune.

During the Spring Festival, there are a range of greetings that can be used to express good tidings to friends, families, and strangers. The traditional greeting for the Chinese New Year is guonian hao (过年好). This is a phrase used to celebrate the passing of the year. Although this is a more contemporary phrase that is used mainly by young people, xinnian kuaile (新年快乐) is also used in urban centers such as Shanghai and Hong Kong. This phrase is a literal translation of the Western greeting of ‘happy new year’. Both of these phrases can be used to politely wish people a good Spring Festival, but guonian hao is more authentic than xinnian kuaile.

As with any great celebratory event, the Chinese Spring Festival is holiday with many entertaining activities for people of many ages. During the half month-long festival, Chinese and people from across the world can experience dragon dances, grand fireworks displays, street festivals, crafts, parties, live music, and many other events.

On the final day of the festival, or the 15th day of the first lunar month, a lantern festival is held. Families and organizations from across China and Chinese communities place lanterns along the street for people to enjoy. Some lanterns are simple while others are quite elaborate. Some people also hang riddles along the streets for visitors to solve. If a person can solve the riddle, he or she goes to the owner of the riddle to collect a prize. Prizes usually come in the form of small trinkets, baked goods, or candy.