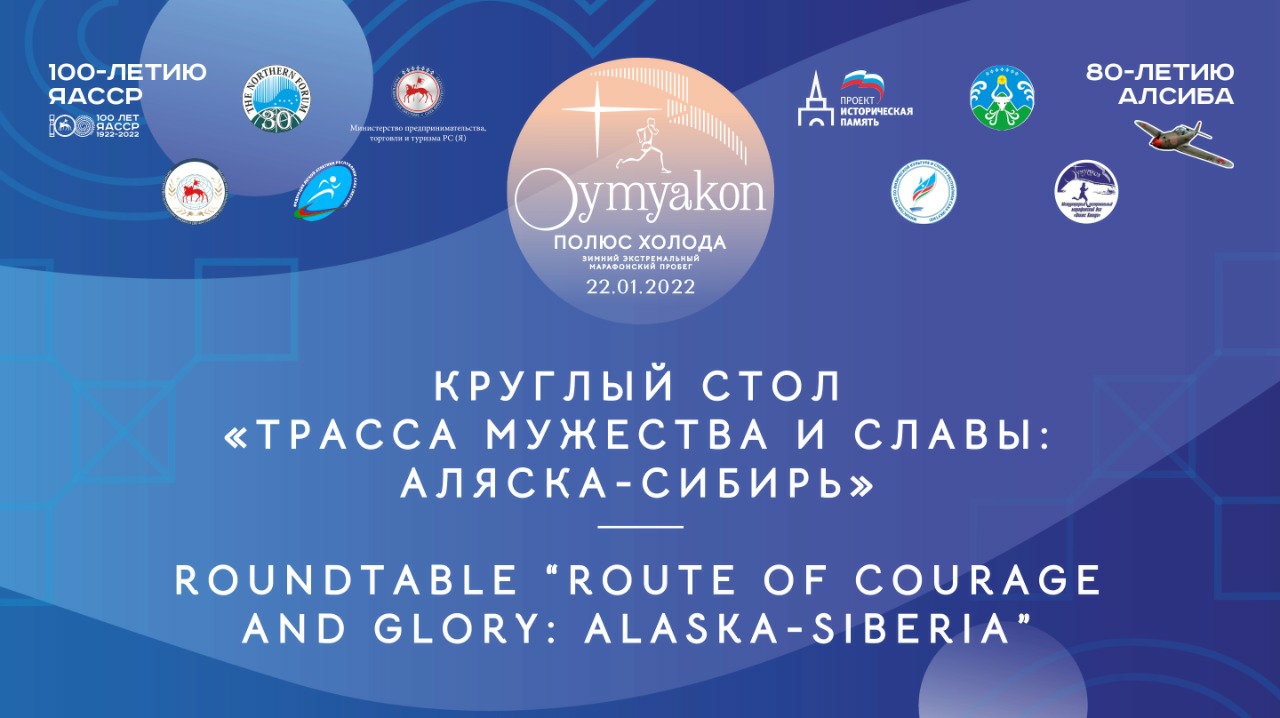 The Alaska-Siberia air route (ALSIB) was an air bridge created during World War II. From the end of 1942 until the Victory over Germany, 8090 fighters, bombers, transport, and training aircraft were delivered along the Alaska-Siberia route, which accounted for about 44% of the total number of aircraft received from the USA and England.

On January 21, 2022, within the 3rd Pole of Cold extreme winter marathon in the village of Tomtor, Oymyakon District, and the 80th anniversary of the Alaska-Siberia air route, a round table "Route of Courage and Glory: Alaska-Siberia" was held.

The main goal of the organizers is to highlight the preservation of the historical heritage of the legendary air route Fairbanks - Yakutsk - Krasnoyarsk (ALASKA - SIBERIA), as well as to create the International Association dedicated to the memory of the route.

Despite the years that have passed since World War II and the use of the route for its intended purpose, the interest in the topic has not faded; on the contrary, it is growing from year to year. This explains the response of the Northern Forum regions and the confirmed participation of about 70 representatives from many spheres and structures: authorities, museums, cultural centers, organizations and schools of Chukotka Autonomous Okrug, Magadan Oblast, Sakha Republic (Yakutia), Krasnoyarsk Krai, the State of Alaska and several US cities.

At the same time, as was noted by the US participants, few people in their country now know about this route and there is a need to establish close cooperation with Russia to highlight the military commonwealth of the two countries for the victory over fascism and peace on Earth.

Despite the short preparation period, the Northern Forum managed to attract almost all interested organizations from both countries.

For more information on the round table please visit the Northern Forum website.