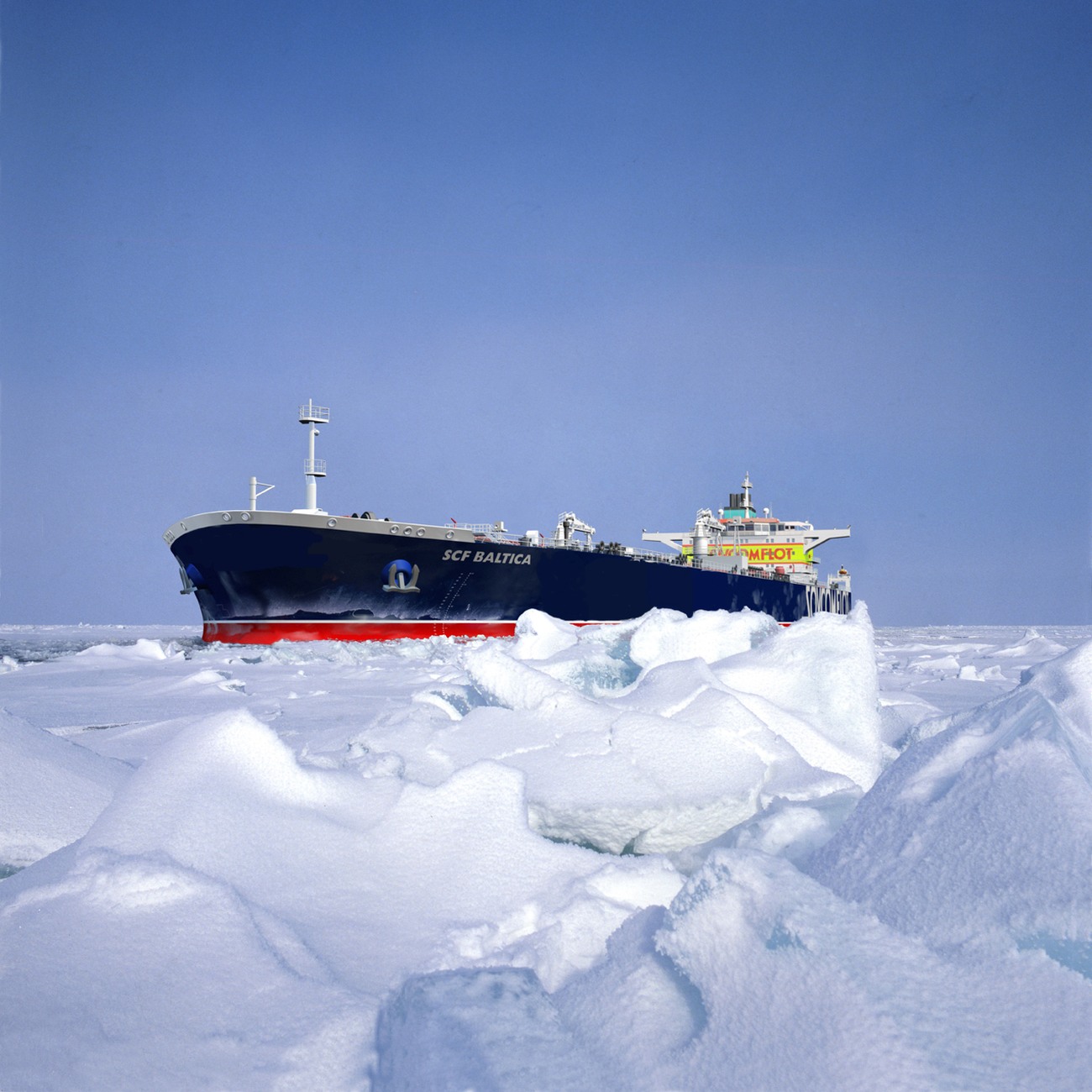 On the 14 of August the ice-class tanker SCF Baltica began it's voyage through the Northern sea-route. The tanker will be accompanied by three nuclear powered ice breakers during the two week sail. For the duration of the trip the crew till gather information on ice conditions in the area and the data used to estimate the commercial benefit of choosing the Northern sea-route vs. traditional routes in the south.

What makes this trip special is the fact that it is the first time that a Aframax tanker of more than 100,00 dwt is navigating along the Northern sea route. The journey will cover 7,000 nautical miles where 3,000 are along the Northern sea route. The traditional southern shipping route connecting these two areas is around 12,000 nautical mile.  The ship started it's voyage from the port of Murmansk, while the port of discharge in China is yet to be determined. The tanker is transporting gas condensate for Novatek, Russia's largest independent gas producer. The voyage has been prepared by the ship's technical manager, SCF Unicom and specialists from SCF's head office in Moscow to make the voyage as safe as possible.

The three nuclear icebreakers assisting the ship are the "Rossiya", "Taymyr" and "50 years of Victory" the last one mentioned will be equipped with divers, equipment and specialists in dealing with oil spills and leakages.

The northern sea route is open for less than two months in the late summer when the sea ice is at its minimum. The period can however be expected to lengthen gradually as sea ice continues to decline.