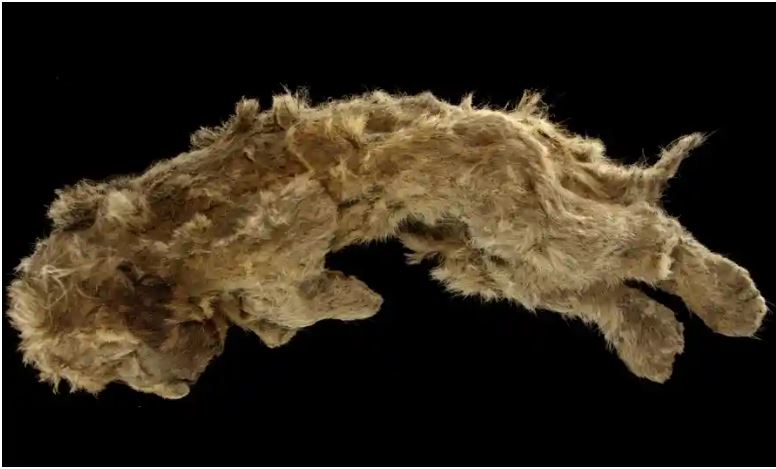 Surprisingly well-preserved frozen mummy of a cave lion cub found in the Siberian swamp three years ago turned out to be about 28 thousand years old. This is reported in the latest issue of the scientific journal Quaternary.

The fossil lion cub was found in the Semyuelyakh River in Yakutia in 2018 by mammoth tusk collectors. It is of a female animal that was named Sparta by those who found it. A year ago, another fossil lion cub was found about fifteen meters away, that was a male cub and the finders named it Boris. Although the cubs were found close to each other, they were each from their own litter, because Boris died about 15 thousand years earlier than Sparta.

According to scientists the cubs were about one to two months old when they died. Sparta's carcass was so well preserved that her fur was almost intact, all internal organs and skeleton present. Valery Plotnikov, one of the scientists, in an interview with the Guardian, said he hopes that some of the milk from the cub´s mother has been preserved in the mummy because then they can understand the lioness' diet.

With a warming climate, the Siberian swamps have gradually thawed. Due to the thawing, frozen fossils of long-extinct animals have been found, many of them well preserved. Cave lions have been extinct for thousands of years.