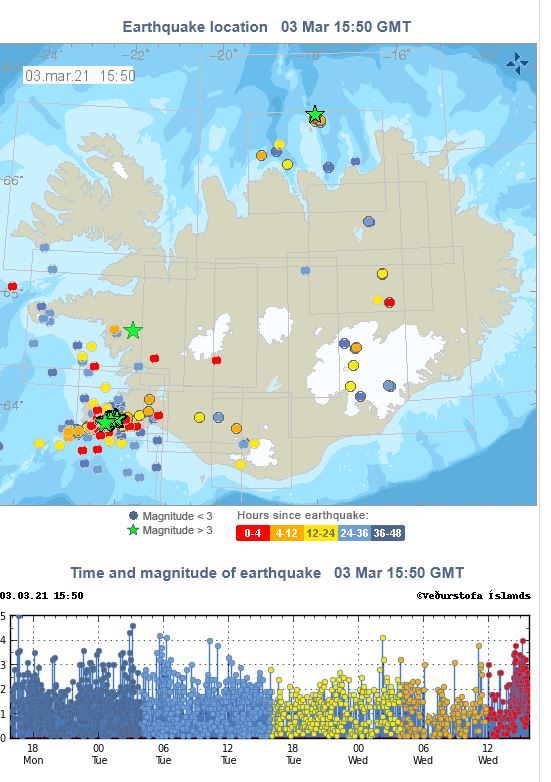 Scientists warn that a volcanic eruption is starting by Reykjavik in the very next hours!

An earthquake swarm has been rattling the ground by Reykjavik for the past week, more than 15.000 measured since the largest of 5.7 on the Richter scale occurred on February 24th. 1873 earthquakes have been measured in the past 48 hours with 59 over 3 on Richter. This is extreme activity, even for Iceland.

The activity is originating below the Reykjanes peninsula in Iceland. Scientists now warn that there is a strong indication that magma is pressing its way to the surface which will very likely result in a volcanic eruption, just west of the capital of Reykjavik towards the Keflavik international airport, in the middle of the 2000 year old lava fields that visitors to Iceland see towards the mountain ridge south of the main road.

Despite the extreme number of earthquakes during this seismic activity period, scientists expect that the lava flow will be minimal and not be catastrophic, though it and potential gases can affect the immediate area. They do NOT expect another Eyjafjallajökull drama, disturbing international flights, more a "touristic style" eruption and lava flow. Unfortunately foreign tourists in Iceland now are very few.

The department of civil protection management has issued warnings and placed the national system on alert. 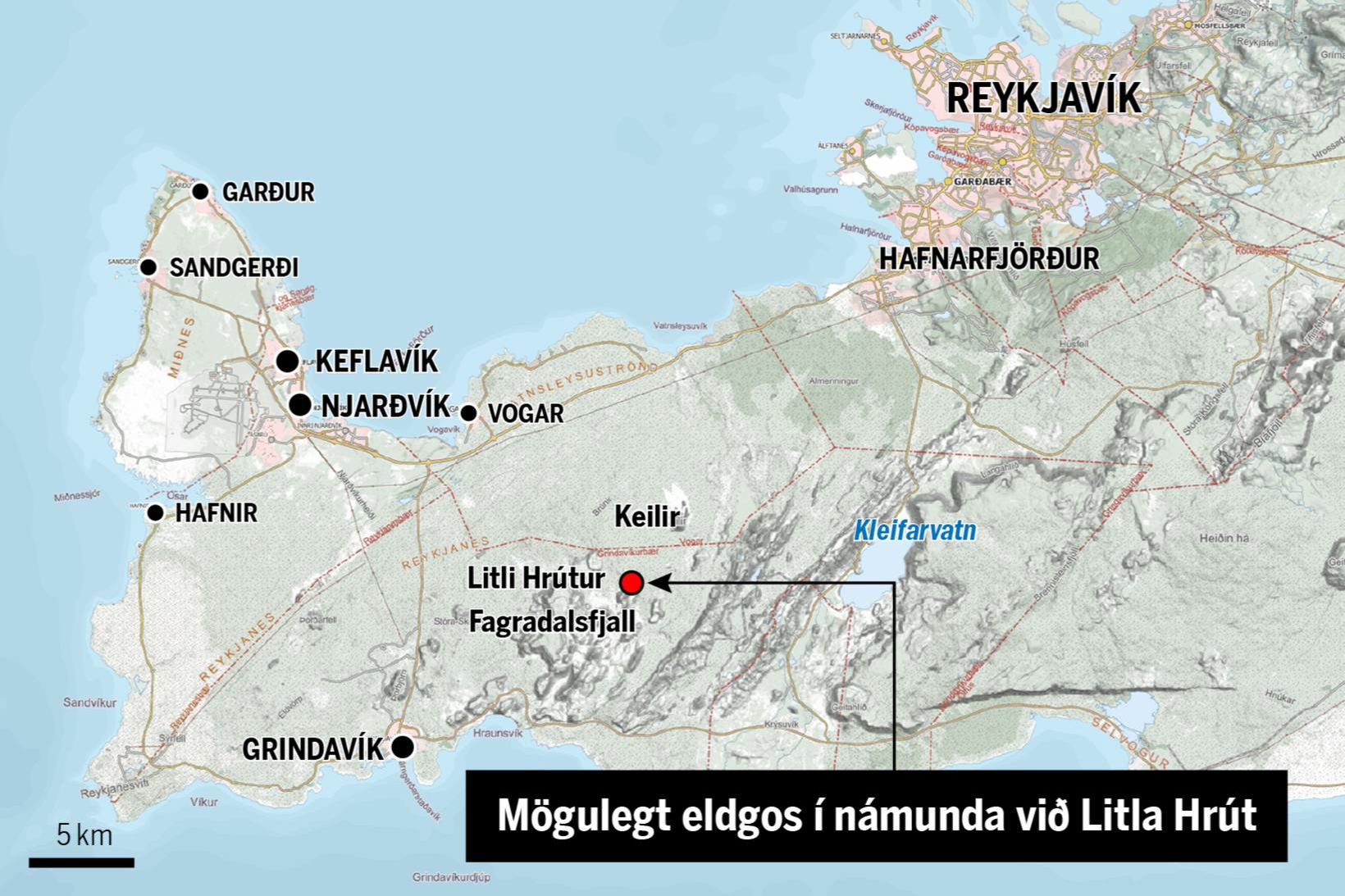