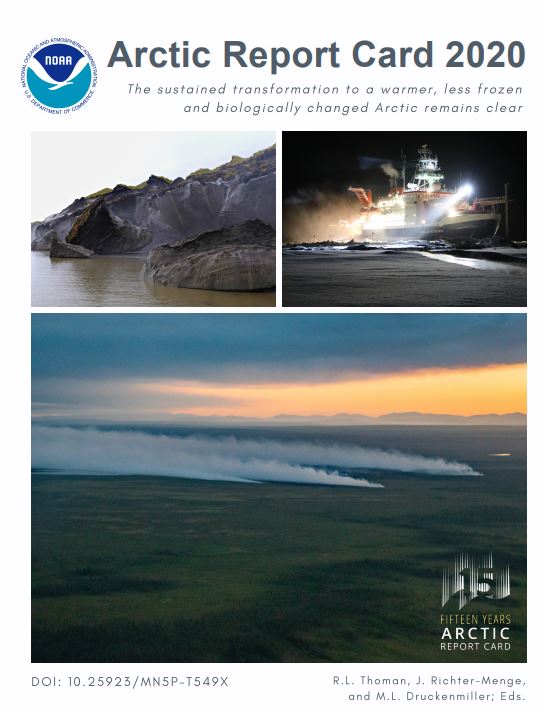 National Oceanic and Atmospheric Administration (NOAA) has published its 15th Arctic Report Card that has been issued annually for the past 15 years. The report card is compiled by 133 scientists from 15 countries based on compilation of original, peer-reviewed environmental observations and analyses of the Arctic and its weather, climate, oceanic and land conditions.

Some of this year’s significant findings include:

To read the full 2020 Arctic Report Card and to watch the highlight video.