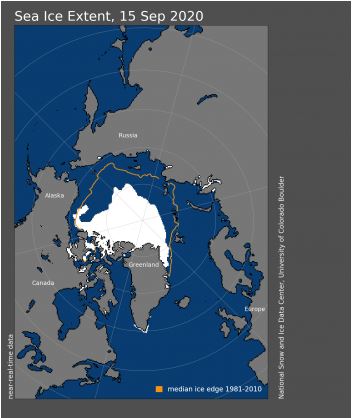 Following is information as published on the NSIDC website

A sharp decline of Arctic sea ice at the beginning of September dropped the extent below 4.0 million square kilometers (1.54 million square miles) for only the second time since the beginning of the satellite record in 1979. After September 8, daily melt began leveling out, reaching its seasonal minimum extent of 3.74 million square kilometers (1.44 million square miles) on September 15 (figure above). This appears to be the lowest extent of the year. In response to the setting sun and falling temperatures, ice extent will begin increasing through autumn and winter. However, a shift in wind patterns or a period of late season melt could still push the ice extent lower. 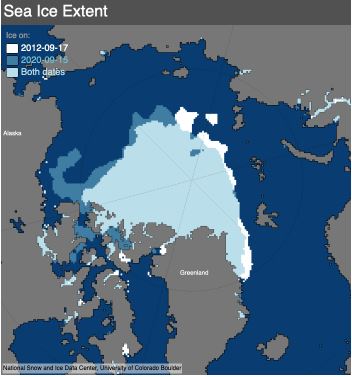 The 14 lowest extents in the satellite era have all occurred in the last 14 years.